Christian Speaker Turns Down Mainstream T.V. Show After Being Asked Not To Talk About Jesus | Ambo TV
Featured Posts

Christian Speaker Turns Down Mainstream T.V. Show After Being Asked Not To Talk About Jesus 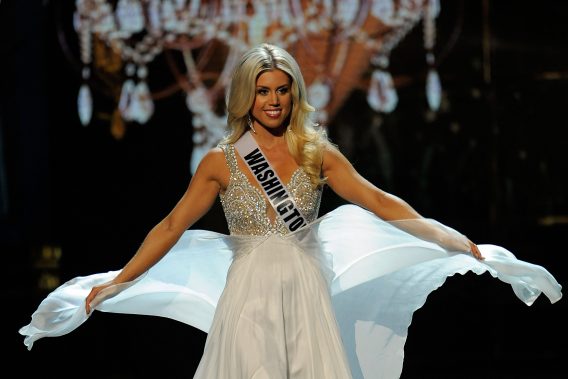 A popular Christian speaker is revealing how she turned down the offer to appear on a national mainstream television network because she was asked not to say the name of Jesus Christ.

Allyson Rowe, the founder and leader of Kingdom Crowned Ministries and who spreads the word of God through speaking engagements and motivational social media videos, took to Instagram recently to speak about an opportunity that she passed over.

Rowe, the former Miss Washington, relayed an actual conversation that she had with a network producer who invited her to come on a television program.

“Miss Rowe, we would love to have you on our show and interview you about your story. I myself am a Christian,” the producer said, according to Rowe. “However, because our show serves more of a secular audience, you just can’t say ‘Jesus.’”

While she was honored to receive the invitation, Rowe declined the offer. When the producer asked why the Christian speaker explained how important Jesus was in her life.

“Me and Jesus are a package deal. There is no me without Jesus,” Rowe said she told the producer. “I have no story without Jesus. Therefore, If I can’t say the Name of Jesus- who is the only reason I am where I am and do what I do- then unfortunately I cannot be part of your show.”

The speaker recalled how the producer reminded her about the amazing opportunity that she was being offered to appear on a national mainstream television show.

“That’s a little extreme, don’t you think,” the producer asked, according to Rowe.

Rowe agreed and said she intended to be extreme in her decision.

“You said you are a Christian. So I will assume you read the same Holy Bible as I do,” Rowe said she told the producer. “My bible says we are to be either HOT or COLD- but the Lukewarm will be spit out. It also says that if I deny my Jesus before men, He will deny me before the Father.”

While Rowe said she was not judging the producer, she wanted to make it clear that she would not tell half of her story.

“I will never omit the Name of Jesus for fame or fortune,” she said before thanking the producer for the opportunity and declining it once again. “I will never deny the power of Jesus in my life, and I will never bow to culture so I don’t offend someone.”

The former beauty queen shared the lesson that she learned while sharing the post.