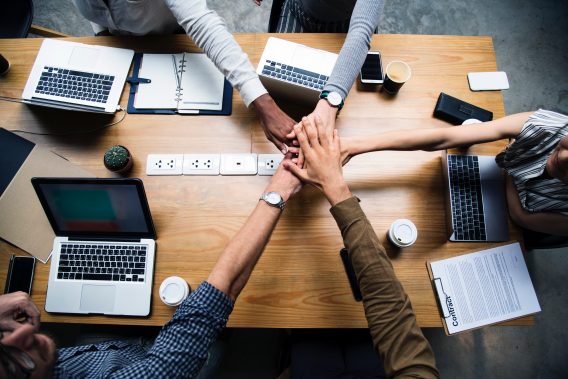 One Christian bestselling author is presenting the idea that a number of millennials have replaced religion with the internet.

Greg Trimble, the author of Dads Who Stay And Fight, wrote an article for Deseret News  called “We Need To Make It Cool To Come Back To Church” where he explained his thoughts. Trimble recalled the early days of the internet before it became a distraction for countless people.

“I’ll never forget that eerie, scratchy, annoyingly loud sound our computer used to make as we’d use our dial-up landline to jump on the internet for a few minutes a day. There weren’t too many websites, or too many voices on the internet in those days,” he wrote. “Back then, studying the scriptures, kneeling down to pray, and seeking guidance from parents and wise, older church leaders seemed much more prevalent. But then something changed.”

According to Trimble, people began to make the internet into a form of a god.

“The world began to rely on another god for answers to their deepest questions. The embodiment of this new god took the shape of a giant web,” he wrote. “The World Wide Web.

There’s been a great deal of goodness that has come out of that web, but at the same time, and maybe even more detrimental, are the souls of men and women who have gotten tangled up in that web. Tangled … and stuck. Confused and paralyzed.”

Trimble says he believes that confusion will be the greatest challenge for the millennial generation.

“In my opinion, the greatest challenge that the millennial generation will face is that of confusion. We are a generation living in the greatest state of confusion this world has ever seen,” he said.“There are so many competing voices in this information age…We became smarter, and simultaneously more confused. More anxious. More sad. More envious.”

Trimble believes these issues would be remedied if millennials turn to Christ and make church cool again.

“The world needs millennials to make going to church cool again. The world needs millennials to make rebinding and reconnecting with God cool again,” he said. “As a world, and as a generation, whatever we’re doing to try and be happy doesn’t seem to be working. So why not give binding ourselves back to Christ a try? There is literally nothing to lose.”