BTK Killer’s Daughter Says Her Faith Helped Her Forgive Him 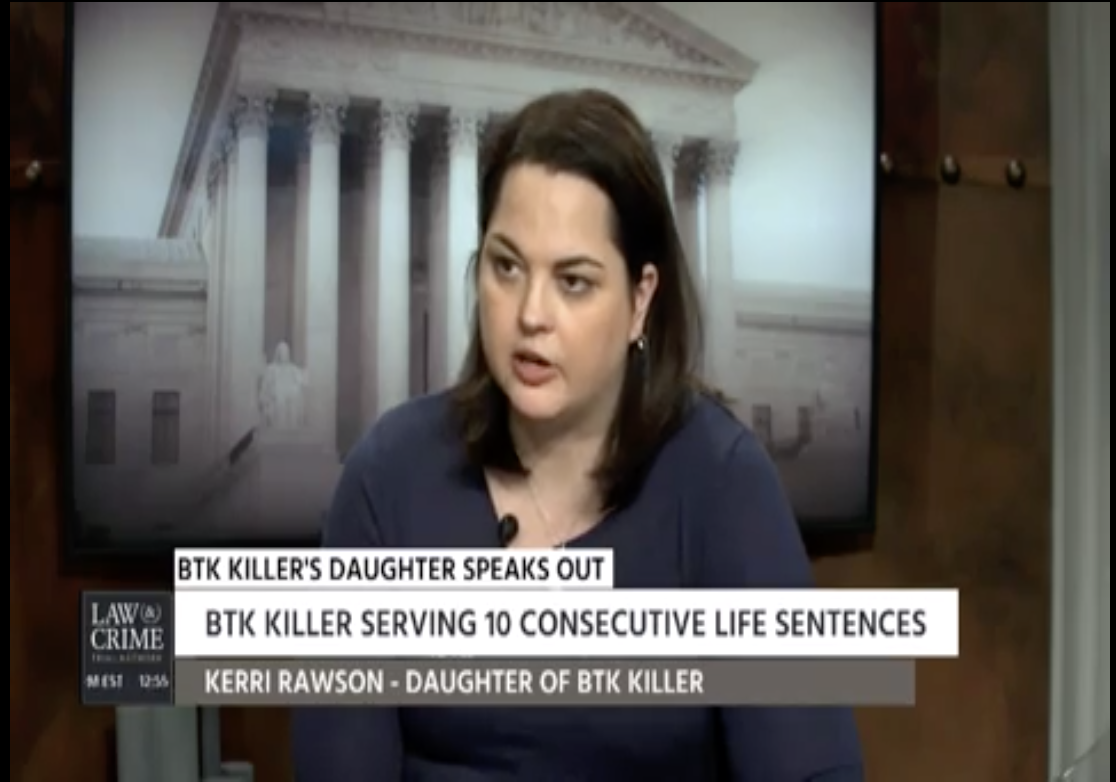 Kerri Rawson, the daughter of Dennis Rader the BTK Killer, recently sat down with the Law & Crime Network to discuss how her faith helped her forgive her father.

Rader is one of America’s most notorious serial killers, murdering at least 10 people, including two children, between 1974 to 1991.  For years he mocked law enforcement as he evaded capture through a series of letters he sent to news outlets.

But this was not the father Rawson knew growing up, and it is not the man that she chooses to love.

Getting to a point of love and forgiveness, was not easy for Rawson, who recently authored the book A Serial Killer’s Daughter: My Story of Faith, Love, and Overcoming. Only through her faith was she able to cope with his crimes.  Ironically, her firm faith foundation was the result of her father’s efforts, who insisted they go to church each week, as well as a near-death experience in the Grand Canyon.

When the FBI showed up to her door in February 2005 telling her that her father was the BTK Killer, she was devastated and cried out to God for help.  She says God answered her with a Psalm.

“I didn’t know how I would survive, you know, the first night,” Rawan recalled. “I was just crying out to God… He gave me Pslam 23 that first night, about walking through the valley of the shadow of death. And after that, every time I prayed out to God…He gave me something to hold on to, to get me through.”

Although Rowan acknowledges that God answered her cries for help, she confesses that initially, she did not cope very well with her father’s crimes. She even stopped talking to him for a period of five years, refusing to address the trauma of the experience.

She now admits that her approach was killing her, and in 2012 she made a choice to change course after some prompting from God.

“Finally in 2012 God says, ‘We got to deal with this…I asked you to forgive. You need to work on that,’” she stated. “One night in December 2012 it washed over me and I knew I had forgiven my dad. I went home and I wrote him and told him…I said ‘I forgiven you and if you ask God for forgiveness you can be in heaven.’”

Now Rawson is a firm believer in the power of forgiveness, regardless of one’s religious beliefs.

“I’ve been through hell and I’m still here,” Rowan said. “So my message is hold on. Hope’s just around the corner. Don’t ever give up.”

You can watch the full interview on the Law & Crime Network by clicking here.