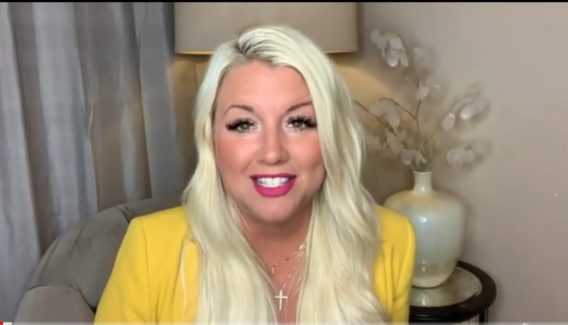 We don’t need faith to accomplish an entire goal from start to finish, just enough to get us through each step says Christian author Autumn Miles.

“Don’t get it twisted, God does not require all the faith needed for the entire vision up front, He just asks for the faith for the next step of obedience,” she shared on Instagram this week.

The woman behind “The Autumn Miles Show: Engaging Culture with Bold Truth and Raw Faith,” believes that the idea of needing full faith to accomplish things can hinder some people.

“The idea that we need the full faith for the end result that God is asking of us TRIPS so many up and they quit because they don’t have it yet. What so many don’t realize is that faith is built through time and watching God’s faithfulness through each step of obedience we take,” she said. “Focus on the next step God is asking not the entire picture because it’s through one faith step at a time that God leads us to the vision He gave us in the beginning.”

Miles encouraged people to explore their own faith steps that would lead them to accomplish their goals.

“One faith step at a time…what’s yours? Is it to have a conversation? Apply to school,” she questioned. “Fill out adoption paperwork? Put down that anger for today? In order for your marriage to be healed what is ONE step God is asking of you?”

The speaker, author, and radio personality explained how people in the Bible dealt with their own faith measures of faith.

“God wants your faith for that next step of obedience. Abraham, Moses, and Paul all operated on believing God for the next step,” she wrote. “And God was so faithful! They of course believed God was going to do what He told them, but stepped when God said step out.”

She went on to explain that, “it was God’s job to fulfill the vision and it was their job to be obedient to the next step.”

She closed the message by sharing the scripture Hebrews 11:8-10 which states, “By faith Abraham, when he was called, obeyed by going out to a place which he was to receive for an inheritance; and he went out, not knowing where he was going. By faith he lived as an alien in the land of promise, as in a foreign land, dwelling in tents with Isaac and Jacob, fellow heirs of the same promise; for he was looking for the city which has foundations, whose architect and builder is God.”