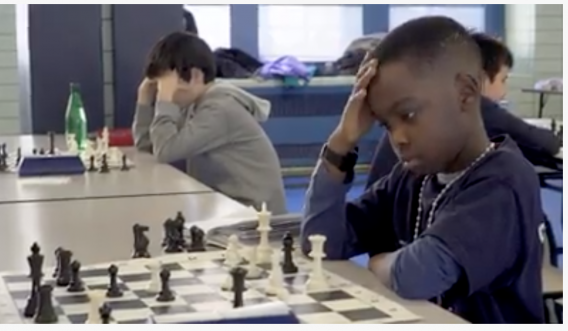 After hundreds of thousands of dollars were donated to help an 8-year-old Christian Nigerian refugee find shelter, his family chose to tithe the money.

Tanitoluwa Adewumi, or Tani, has been the subject of multiple news headlines recently after the 8-year-old won first place at the 52nd New York State Scholastic Championships tournament for kindergarten through third grade. He only learned to play chess one year ago when he fled the Boko Haram terrorist group killing fellow Christians and their families in his native Nigeria.

When the New York Times profiled Tani and his family who had been living in New York City homeless shelter, money started pouring in to help them. Instead of keeping the over 200,000 that poured in, the Adewumi family decided to pay tithes to a church that helped them.

“God has already blessed me,” Tani’s dad Kayode Adewumi told the New York Times. “I want to release my blessing to others.”

Aside from the church, the Adewumi family is also giving money to other African immigrants in need.

“Anybody who is coming from Africa who is in the position we were in..we will help them,” Kayode said.

The family has set up a way to distribute the money called the Tanitoluwa Adewumi Foundation. They continue to glorify God for their opportunities.

“The U.S. is a dream country,” he previously said. “Thank God I live in the greatest city in the world, which is New York, New York.”

The family has been able to move into a two bedroom apartment which has been paid off for a year.

While prestigious schools have been offering young Tani free tuition, his parents thought it would be best for him to continue at P.S. 116 in Manhattan where he learned to play chess.

“This school showed confidence in Tanitoluwa,” his mom, Oluwatoyin Adewumi, said in a Times report. “So we return the confidence.”