3 Things I Wish I Knew Before Becoming a Pastor 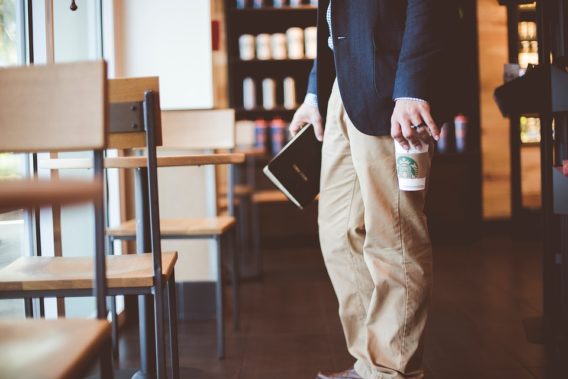 My first year of ministry was insane.

I was 20, single, and was still in Bible college. Haven’t taken homiletics class and was thinking, “This is awesome!” and butchered my first sermon big time.

Now 10 years forward, I have been in ministry and some may have the idea that it was an easy-breezy journey as it led to the place I am today. But, that was not the case.

As each year went, ministry got better but the first year was a real struggle and there were many hurdles I needed to overcome.

Here are my three open and honest struggles I faced in the first year of ministry that I wish I knew.

Oh the amount of counseling in ministry. I was not ready for this one.

The question was, “Does the Bible have enough to say to address problems of this life in counseling? Is scripture sufficient to do the work of counseling?” This question perhaps is the most controversial question in the context of pastoral care and counseling. Most believe that theology is for ministers and psychology is for counselors and the two do not really have much to do with each other.

Truly, some of these situations are complex and to be honest, they are horrendous. The church should be troubled by the types of sin and brokenness present in the homes. Those who sought counsel from me may feel inadequate and useless saying, “Well, we are not trained so we hand it over to someone else.”

Christians are called to pray and weep with those who weep (Rom. 12:15), but in the back of my head is the thought, “There has to be more I can do for them.” It staggers the mind. Pastoral care and counseling cannot be a mere commiseration of hanging out but navigating through people’s pain and hurt as they vulnerably seek assistance that the Lord has entrusted.

Another reason the local church finds the tension is that most seminary students take one or two counseling classes in their degree program.[1]

Seminarians often underestimate how much counseling will be demanded when they reach their first pastorate. Church members expect their pastor to help them with their struggles. After all, the members fund the pastor’s salary. The flock expects the shepherd to give up his time, often a lot of it.

What is the result? Pastors feel threatened or struggle with these people and those people end up leaving as they didn’t feel “cared for or loved” by the church. Sometimes pastors are more bothered by the thought of people leaving their church than they are by the thought of the flock hurting.

The common way to deal with this problem is to grow the church budget by the preacher’s own eloquent preaching, then hire an associate pastor to do everything else, in this case, counseling. However, when we see other churches with larger budgets, the reality is that there is no less trouble. In fact, it perhaps brings more trouble, which is frustrating for pastors.

I do not like conflict. Especially, conflicts within churches, which are very unique ones.

In the midst of major heated church conflicts, I never felt like losing my salvation, but I did feel like quitting the Christian life altogether because of the conflict with other believers.

The burden of hurt by the sin of others, discouragement by my own personal failures, or just the simple confusion of whether it was my own fault or how much really wasn’t. The amount of gossip and quarrelsome that fuels more the fire of the burning conflict.

People in the church try to “resolve” the issue by calling out-of-town authorities in order to have them counsel and advise. Even in such cases, what happens is that those who rarely open their Bible suddenly begin to research to find relevant passages to deal with the matter.

At the end of the day, everyone just wants to call quits and say, “Oh, forget it!”

I remember feeling like Paul, throwing the towel of ministry in and quitting. I bet that’s how John Mark felt as well in the situation (Acts 15:36-41).

The easiest way out of the fleshly response would be, “Well, let me just unplug from here and simply cut off all contact with the person!” However, I don’t see anywhere in scripture where God calls people to, “keep a distance and call it ‘love’”

Churches who have not properly dealt with biblical conflict resolution ended up in worse horrific and horrendous situations. Sometimes churches have never recovered and have even led to a church split.

Many young people have been hurt and pastors have been burned out. By God’s grace, churches must faithfully follow the biblically instruction of the pattern that He has given to achieve resolution.

I wish I was more confident in my calling as a child of God (1 John 3:1). In the kingdom ministry, if I was confident in the Spirit calling I would have probably avoided much heartache because of my own insecurities.

I would not try to be a chameleon and be like someone else so that I may please someone else. Based on who God created me to be and the strengths he has given, I would leverage that towards the end for the gospel! Not knowing what I was good at and figuring out who I was, possibly caused me to take more time to grow as a leader.

I wish based on in His unchanging faithfulness, I could be confident in His Word for His Work. For the sake of the gospel, I would stand with unshakeable confidence radically proclaiming the gospel.

Not based on being in the twenties, nor being a racial-minority, nor short experience being in the ministry. I would be confident in Christ as an ordinary person doing ordinary things with gospel intentionality.

There is too high of a cost out in the world for people who do not know the good news of Jesus Christ. I want my life to be ablaze in adoration for Christ’s glory and make His gospel known amongst the nation.

Being a Learner for Life in the Journey of Ministry

I’m sure there is more to be added to this list in the challenges of ministry. The hardship is part of the calling and shapes us to the person who we are.

As Tozer said it well, “It is doubtful whether God can bless a man greatly until He has hurt him deeply.”

“Do your best to present yourself to God as one approved, a worker who has no need to be ashamed, rightly handling the word of truth.” (2 Tim. 2:15).

[1]Jeremy Pierre and Deepak Reju, The Pastor and Counseling: The Basics of Shepherding Members in Need(Crossway, 2015).

—Jonathan Hayashi is a pastor, educator, and contributor to Ambo TV.  This post orginally appeared on his blog www.jonathanhayashi.com