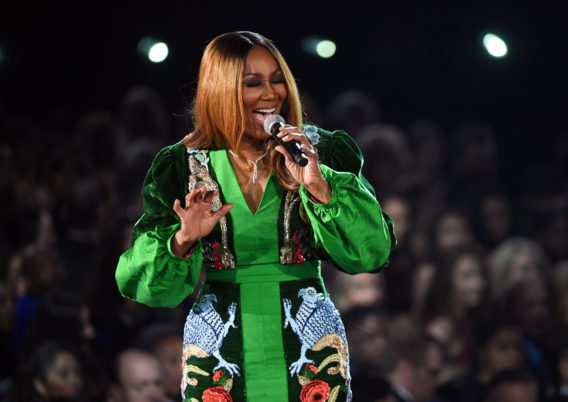 After being a staple in the gospel music industry for over two decades, singer Yolanda Adams is explaining why she still gets so excited about her job.

“I like the music, writing the music,” she said in a KMUW report. “I know that if I have dealt with certain things in life — loss of a loved one, loss of a relationship, loss of friends, those kinds of things … sometimes people forget to live in expectation, so those are the kinds of things I write about now and I get excited about.”

Adams is staying busy these days with performances, a handbag line and balancing being a mother. While she described herself as an “excited person,” one reason she feels that way is because of her radio show.

“I’m really excited about the radio show coming back and being able to walk people through their dark times, or their sad times,” Adams said. “I try to let people know that wherever they are in their lives, things are going to get better if you walk it day by day.”

The singer previously spoke to The Christian Post about being the first woman in gospel music to have a morning radio show in a market dominated by men. Although accomplishing that feat was fulfilling, she realizes that there was a bigger purpose for her taking over the platform each morning.

“I really love helping people and that is my job with this morning show. My job is to let everyone know that they can make it, they don’t have to live their lives in defeat,” Adams told CP. “…Whatever they speak out of their mouth they get, whether it’s good or whether it’s bad. Now we’re coming up on 10 years and it was an answer to a prayer because as a single mother I wanted to be home most of the week so I could give my full attention to my daughter.”

(Photo by Kevin Winter/Getty Images for The Recording Academy)