Will 2020 Finally Bring Us The Passion Of The Christ 2? | Ambo TV
Featured Posts

Will 2020 Finally Bring Us The Passion Of The Christ 2? 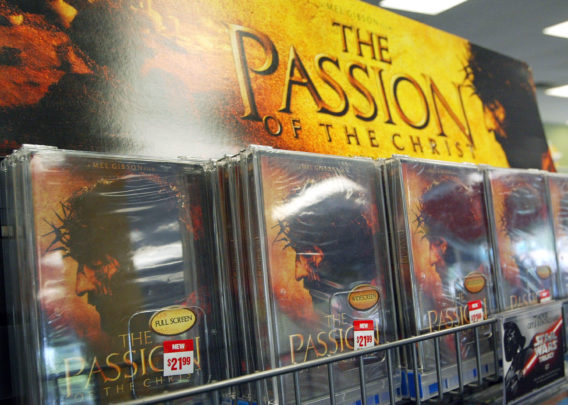 It has been 15 years since Mel Gibson directed one of the most in-depth and graphically shocking movies about the death of Jesus.

The Passion of the Christ is a depiction of the last 12 hours in the life of Jesus and opens with his betrayal by Judas, his condemnation by the Pharisees and his appearance before Pontius Pilate.

With a budget of just $25mm, the movie shocked Hollywood by raking in $83mm in its opening weekend, and over $300 million domestically to date. This was a feat that Tinseltown thought would never happen again after the Golden Age of film, where movies like “Ben Hur” and “The Ten Commandments” ruled the silver screen.

Mel Gibson’s sequel to The Passion has been long awaited and almost forgotten. But with actor Jim Caviezel agreeing to reprise his role as Jesus, and making promises that the sequel “will be ‘the biggest film in history,” it keeps us all in a perpetual state of hope.

The Passion 2 team has managed to keep the plot well guarded, but, according to IMDB, we do know that the title of the film will be “The Passion of the Christ: Resurrection.” It will most likely follow the events and miracles that took place in the 40 days after Christ’s resurrection.

Other rumors circulating online, say the film will focus on the “Heavenly Realm” as opposed to the physical, earthly origins of the first film. These rumors have not proven credible, but an updated depiction of our Father’s kingdom would be welcomed by some.

Film blogs and forecasters are speculating the release of the film will be around Easter 2020, to coincide with Christ’s resurrection. But these sources are unconfirmed as well.

Jim Caviezel has been curiously missing from the media spotlight for the past year. Could this mean he and Mel are busy filming?

While we remain hopeful for a 2020 debut, at the moment, there are no definite answers.

For now, audiences will have to find comfort in the words of Romans 12:12, “Rejoicing in hope; patient in tribulation; continuing instant in prayer…”