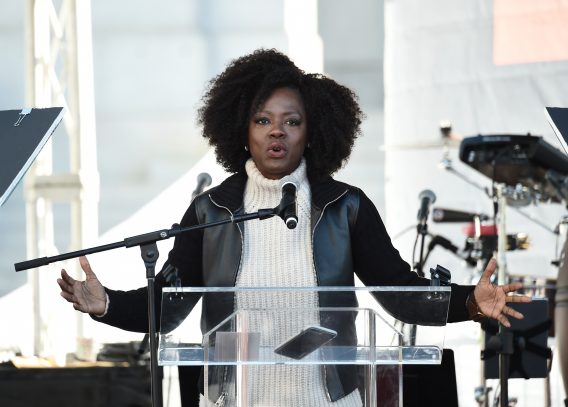 NBA All-Star Steph Curry and Emmy Award winning actress Viola Davis are making sure the horrific murders at Emanuel AME Church in Charleston, S.C. will not be forgotten by executive producing a new documentary.

The documentary is called Emanuel and will tell the story of what took place on June 17, 2015 when 21-year-old white supremacist Dylann Roof walked into the church to kill members who were engaging in a Bible study. The city of Charleston has come together with the 10 families that were affected by the tragedy for what producers referred to as “a poignant story of justice and faith, love and hate, and the healing power of forgiveness.”

Davis and her husband Julius Tennon of JuVee Productions came on board with Curry and his Unanimous Media company as co-executive producers in hopes that they can help land a distribution partner for the documentary, according to Variety.

Davis and Tennon released a joint statement about how the events in Charleston impacted them.

“We, along with the country, grieved each family’s loss. Yet, miraculously, from this devastation we witnessed tremendous benchmarks of humanity,” they said. “The survivors found courage to love in the face of hate. JuVee is proud to be a part of this healing and truth telling along with Unanimous Media, Brian Ivie and John Sheppard.”

Curry also released a statement about how honored he was to take part in the film with what he calls an important message.

“‘Emanuel’ is an incredibly powerful film and we’re honored to come on board as executive producers. The documentary highlights how a horrible tragedy can bring a community together, and spreads an important message about the power of forgiveness,” he said. “Stories like this are the reason we created Unanimous and entered the entertainment space. I hope the film inspires others like it does me.”