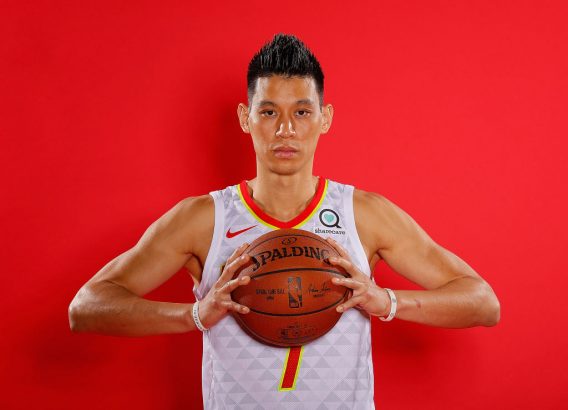 The 30-year-old has been listening to sermons by Pastor Caleb Clardy of Trinity Grace Church in Brooklyn, New York and reading a book by Pastor Jim Cymbala of The Brooklyn Tabernacle Church in Brooklyn. That was how he came to realize that he needed to prioritize prayer over his job.

“Recently, I listened to a 9-part sermon series on prayer by Pastor Caleb Clardy of Trinity Grace Church – Park Slope and read Fresh Wind Fresh Fire by Jim Cymbala. It really convicted me that I spend too much of my life trying to work work work, instead of praying and allowing God to be God,” he wrote in an email sent to his digital prayer group. “I’ve been heavily challenged personally to pray more often and more boldly. So that’s why I decided to start a prayer movement with whoever will pray alongside me during the 2019 NBA Playoffs.”

Lin asked his digital prayer group subscribers to commit to praying once a day with him.

“So I’m asking for everyone to commit to praying daily (once a day) with me until the end of the NBA playoffs, regardless of whether the Raptors are in it until the end or not. There is no guaranteed day the playoffs will end, but it will for sure be in the first half of June,” he wrote. “Feel free to bring your friends along or pass the prayer letter along to a local church if you want!”

The athlete admitted to having reservations in challenging others to pray with him, pastors Cymbala and Clardy inspired him to be bolder in faith.

“Trust me, there are many reservations and feelings of fear inside me. But my biggest thing from the book/sermons I’ve absorbed is I need to be bold in faith and trust that God will show up,” he wrote. “After all, that’s what walking by faith and not by sight really means.”

While Lin usually shares prayer requests with subscribers, he decided to do more than that.

“I know what you’re thinking. ‘Jeremy just wants us all to pray that the Raptors win a championship,’” he wrote. “Yes because my selfish flesh really really really wants that. But no because recently I’ve been learning to put God’s kingdom above mine.”

Lin explained the importance of prioritizing the building of God’s kingdom.

“In fact, as a follower of Him, I should be fully devoted to building God’s kingdom. In all honesty, I don’t know if I’ll even play, how much I’ll play, how many games we will win or how far we will go,” he wrote. “But I will fight to be a faithful steward with whatever God gives me – and right now, that’s my heart to pray and for the 11,191 (and counting) prayer warriors that I can encourage to pray with me.”