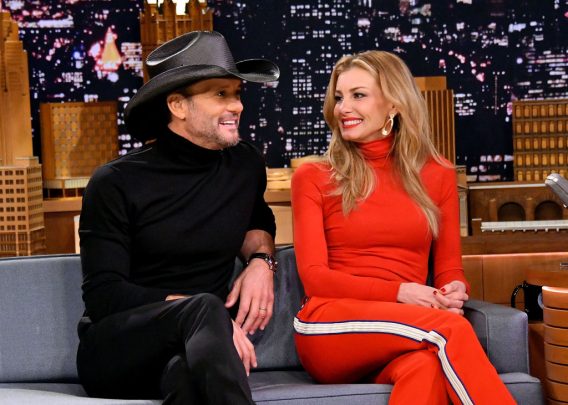 Tim McGraw is explaining the parallels between church and the bar after the recent release of his latest single, “Neon Church.”

“I need Jesus or I need whiskey,” the Christian country music star croons in the opening line of his song.

The song shares the perspective of someone trying to drink the pain of their heartbreak away instead of turning to God. However, a number of references are made to the church in the single which McGraw explained in an interview on the Ty, Kelly & Chuck show last week.

“You spend so much time playing the clubs, and it’s such a parallel, the whole ‘Neon Church’ vibe, it’s such a parallel to church in a lot of ways. It’s a different side of the same coin,” he said. “You see people at different stages of their life. Happy, sad, falling apart, getting together – all these things from the pulpit I guess, when you’re up on stage and you’re the artist performing, you get to see a lot of life stories going on.”

The song, written by Ross Ellis, Ben Goldsmith and Ben Stennis, was something that McGraw could relate to after seeing the comparison between church and places like bars.

Although the opening line to the song may catch some off guard, McGraw insisted he was drawn to it.

“I think when you hear an opening line like ‘I need Jesus or I need whiskey,’ that’s one of the great opening lines of all times of a country song, and I fell in love with that. And then every lyric that comes after that is so well-placed,” he said. “Nothing’s out of place with that lyric.”