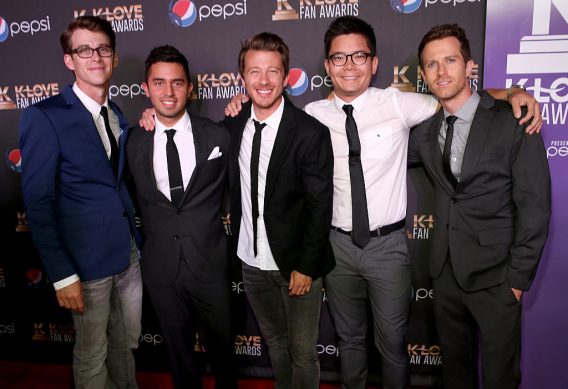 Tenth Avenue North, the Christian pop rock band consisting of Mike Donehey, Jeff Owen, Ruben Juarez and Brendon Shirley has a new EP called The Things We’ve Been Afraid to Say where they are not afraid to sing about some things that some believers may find uncomfortable. The group’s lead singer-songwriter Donehey spoke to Billboard about the motivation behind the group’s new project.

“The main reason we decided to do this record and make it all about this was I was reading [the Bible] in Luke 6 and Jesus says to the Pharisees, the religious elite of the time, ‘You thought your job was to be popular, but your job is to tell the truth,'” Donehey said. “As a songwriter, I realize if I only release music that I know is going to be commercial successful — and I know that has to be part of the deal, we’ve made record contracts and selling music is part of the equation — but if that’s all I do as a songwriter, then I don’t think I’m really telling the truth anymore. I’m just selling the parts of the truth that I know people want to hear and I don’t want to sell the truth. I want to tell the truth.”

He spoke about some of the topics that the group tackles with their new music, and the importance of remembering God’s kindness in the midst of struggles.

“We talk about secrets. We talk about hating people who vote differently than you. We talk about pornography and casual sex,” he said. “I believe God’s kindness is what changes us. Romans 2 says it’s the kindness of God that actually leads to repentance.”

Instead of judging people for struggling with sin, Donehey wants to take a different approach.

“It’s not the judgment and fear of God. It’s the kindness of God that produces change in us, so instead of railing, ‘You guys need to change this about yourselves,’ I’m trying to look in my own heart and go, ‘Well what do I need to let God change in me,” he said. “‘And how can I be honest about those things in a way that brings people in and doesn’t build more walls of keeping people out?'”