The United Kingdom Has a HUGE Christian Rap Scene! Who knew? 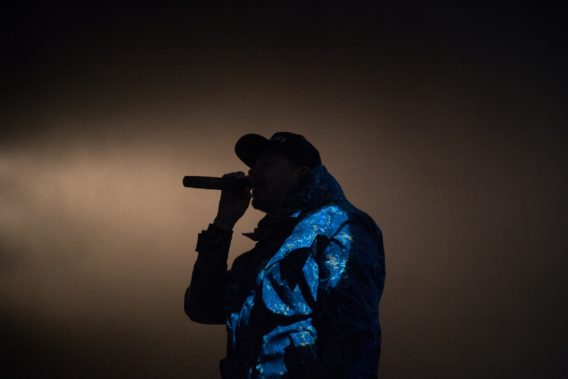 With mainstream Hip Hop becoming an ever annoying overflow of mumbled lyrics with repetitive cliches that promote drug use and the objectification of women, most of us are ready to ban the genre in our homes altogether. At least until it can straighten up and get its act together.

While Modern Hip Hop completely throws all morality and responsibility to its young listeners out of the window, we do have a community of Christian Hip Hop artists that have become the saving grace.

And then there’s Chance The Rapper,  who hasn’t officially released any Christian music albums but has publicly declared his faith in Jesus many times. Kanye West also credits Chance as the motivational force that pushed him back to seeking Christ.

But these American-based rappers aren’t the only ones representing Jesus.

The United Kingdom has a burgeoning faith-based music scene with their Hip Hop artists snagging some serious attention from mainstream outlets.

New artists like Feed’Em are blending the UK Grime style of Hip Hop with messages of faith and peace. Feed’em has an EP titled “Murder The Flesh.” Although the title is a bit off-putting, in an interview with Rap Remnant, he explains it.

“The concept behind this EP is drawn from Bible studies. I have tried to simplify it to internal turmoil as this is the closest thing I can use to describe the battle between the flesh and the spirit, talked about in Galatians 5.”

Stormzy is another great example of Christian rap in the UK making waves. While he hasn’t released an entire album dedicated to songs of faith and praise, he has two songs on his album Gang Signs and Prayer, “Blinded By Your Grace pt.1 and pt.2” in which he prominently expresses his faith.

There are numerous other noteworthy Christian Rappers coming out of the UK.  To discover more artists, you can check out a list compiled by Rapzilla last year of 10 UK Christian Hip Hop artists you should listen to.

Shout out to Rapzilla for covering our brothers and sisters of faith! We dig that.