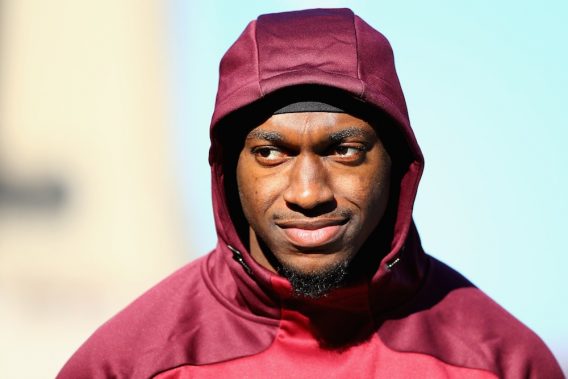 Robert Griffin III knows what it is like to face disappointments in his NFL career but the Christian quarterback says his faith in God helps him maintain a positive mindset.

Griffin, the Baltimore Ravens QB known by NFL fans as RGIII, came in to the league in 2012 as the second overall draft pick for the Washington Redskins. As a rookie, Griffin was slated to go to the Pro Bowl and was named the NFL Offensive Rookie of the Year.

The year before, Griffin won a coveted Heisman Trophy for Baylor University in Waco, Texas and seemed to be an athlete on the rise. However, things changed drastically when the Christian athlete suffered a knee injury at the end of his rookie year and struggled to find his place once again.

While Griffin was known in the media as a family man who got married in 2013 to his girlfriend Rebecca that he began dating at Baylor, the pair went through a separation in 2016 and divorce in 2017. Media headlines became unkind to Griffin who got engaged in 2017, had another child and married the woman named Grete Šadeiko earlier this year.

RGIII went from being hailed for his athletic abilities and personal life to ridiculed about it. Now, he is sharing how he has remained positive despite the negative aspects of life.

“No matter what negative happens to you, I believe God has a purpose for you and He’s setting you up for something greater,” Griffin said in an interview with The Brink Of Midnight Podcast with John Brenkus that was posted last week. “And the only time you don’t achieve that is when you quit.”

The QB recalled tearing his ACL in what was supposed to be his breakout year during his sophomore season in college. While he admitted to questioning God after the ordeal, a conversation with his parents caused Griffin to place a renewed focus on his relationship with God.

From that day forward, he vowed to pursue God daily. That mindset helped him succeed during the next two years of his college football career and continues to guide him today.

“It’s given me the faith and the positive energy to pursue what’s happening to me now with a positive attitude. Some people would say well you were on the top and now you’re on the bottom,” he revealed. “But I’m continuing to climb that hill because I know at the end of the day God has something greater for me.”