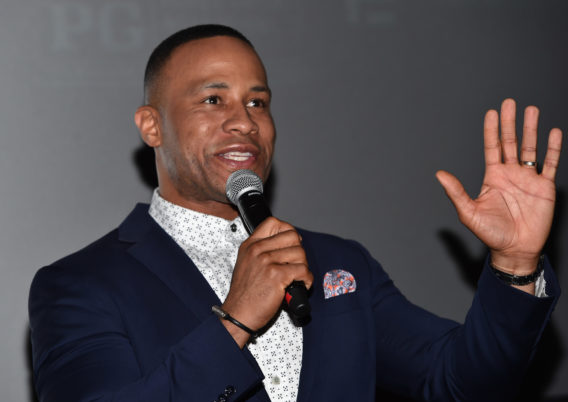 The year 2019 is halfway over, but preacher and producer DeVon Franklin wants to ensure that people are not discouraged about having yet to achieve their goals.

In an email sent to the subscribers of his digital Mentor Mail service, Franklin empathized with people who may not be feeling positive about being at the halfway point of the year.

“We are at the halfway point of 2019 and you might be tired or discouraged,” he wrote. “Maybe you wanted to be further along than you are and you need some encouragement.”

Franklin shared his belief that God will exceed the needs of His people.

“Are you in need,” the Hollywood movie producer wrote. “I believe that God will not only meet our need but He will EXCEED it!”

The author and preacher recently preached a message at the Acts Full Gospel Church in Oakland, California where he shared a word to help people remain encouraged regardless of where they are in life.

He outlined that message using four points that he shared with email subscribers. Franklin’s first point centered on people remaining in position regardless of how they feel or what things may look like.

“You need to get into position – your blessing is coming to you,” he wrote. “Don’t let discouragement or frustration move you from your position.”

Instead of only paying attention to final results, Franklin suggested that God wants people to pay attention to the process that it takes to get there.

“God is in the business of HOW,” he wrote. “We often want to know the results, but God tells us to commit to the PROCESS.”

Another point that Franklin shared centered on relationships and learning who to be relational with during each season.

“Just because someone is a part of your past does not mean they are a part of your future,” he said. “Don’t just allow people in your life because they have always been there.”

Lastly, Franklin suggested that people should give God praise regardless of the season that they are in.

“We need to praise God for the problems we are going through,” he said. “He’s trying to get your attention!”