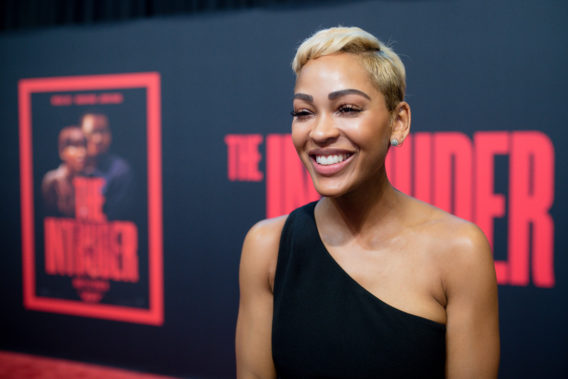 Meagan Good is opening up about loving Christians in the midst of struggling with church hurt.

Good, the actress whose new film “The Intruder” is currently in theaters, has received some backlash from the church community in the past and recently opened up about how that has caused some church hurt.

While on The DL Hughley Show recently, Good said she didn’t always accompany her preacher husband DeVon Franklin when he visits various churches because of the way she has been treated.

“I do. Not all the time though, because if I’m being completely honest, my experience with some church folks has not been that positive,” she revealed. “It’s unfortunate because we’re supposed to be the biggest lovers. And it’s like even if you disagree with someone or you don’t think what they’re doing is right, you’re supposed to mind your own business and pray for that person.”

While Good said she believes that correction is necessary she spoke about the proper way that she believes Christians should correct other people in love.

“Other times, you’re supposed to correct in love if that’s what God told you to do,” she said. “And there was no correction in love. It was like a complete assault.”

Good said there have been multiple instances where she has been treated harshly by people in church, but insisted that she still loved Christians.

“At the end of the day, for me, I still love Christians. I will always love the church. I love my Lord and Savior, period point blank,” she said. “That’s first and foremost over everything. But even though I love some of those people, I have to love them from a distance because my spirit is too sensitive.”

The Christian actress explained her position a bit further.

“Even though I’ve gotten to a place of balance, I’m the type of person if I see someone crying, I’ll start crying,” she said.”I’m extremely sensitive so I have to protect my spirit because those people don’t always know what they’re doing.”