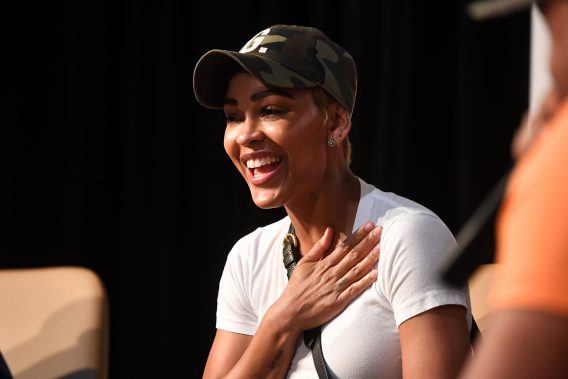 On a press tour for her upcoming movie, “The Intruder,” actress Meagan Good is addressing the way that some people may have misinterpreted gender roles found in the Bible.

“I think as women we don’t like the idea of being led. We like the idea that we are side-by-side with our husbands,” said Good, according to St. Louis American reports. “I think when it talks about certain things in the Bible, I think we take it as we are being told that we are less than. What I’ve learned is that men and women have our different roles – and both are equally powerful.”

In another publication this week, the Christian actress who is married to minister and Hollywood producer DeVon Franklin spoke about how much reading her Bible after she wakes up has had an impact on her day.

“It’s a time for me to really set my intentions for the day,” she said in the US Weekly print publication this week.

Good told the magazine that reading her Bible helps her, “get up when I’m tired, stay focused, and pay attention to what I want to accomplish.”

In a previous interview with The Christian Post, Good revealed how she had to overcome church hurt after people criticized her appearance.

“At that time it was very challenging for me to go into churches. I felt betrayed,” she revealed. “I felt so hurt by people I felt were supposed to love on me, have this unconditional love and really teach me in love. Whether I agree or not, applying it or not I believe in fighting for each other regardless.”

When on a press tour to promote her book about abstinence called, “The Wait” Good was able to find support in the church.

“The book really brought me back to the church. I had no choice,” she admitted. “I was promoting the book and a lot of that took place in churches. What happened was I gained so much healing and I had so much love.”