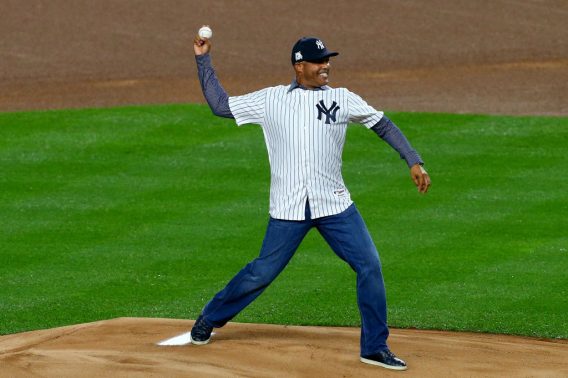 Mariano Rivera is making history as the first player to be voted into the Baseball Hall of Fame unanimously and is glorifying God for the record-breaking honor.

“Just to be considered a Hall of Famer is the pinnacle for every player,” Rivera said, according to the New York Daily News. “But being unanimous is just amazing. I am so grateful to the Lord for the opportunities to be here.”

Rivera was voted in by the Baseball Writer’s Association of America where all 425 ballots were votes that were cast for him. The MLB Hall of Famer has impressive stats with a record of 652 saves over the course of his 19-year career.

The All-Star pitcher helped the New York Yankees win five World Series titles and was also named the World Series MVP in 1999. Known as the ultimate closer, Rivera looks back at his storied career and believes God had a hand in it.

“It was tough, after I retired, when I start thinking about it, to put in perspective how I was able to dominate, how was I able to even pitch with one pitch,” Rivera said. “I was grateful to the Lord. I have to thank the Lord. It’s amazing. I can’t comprehend, I can’t understand how it can be possible with one pitch, but it was possible with me.”

The record-breaking stats don’t mean much to Rivera in the grand scheme of things.  He would prefer to be known for his character rooted in Christ.

Rivera has often glorified God throughout his career and recalled being inspired to walk with God after seeing his cousin Vidal do so.

“When I saw Vidal with the relationship that he had with the Lord, I was like, ‘wow, you know, this is cool,” Rivera explained. “Let me do this. Let me try this. (And) see what I find.'”

Instead of taking credit for his successful career, Rivera has insisted that God has helped him reach his MLB goals.

“It is because God, Christ took those abilities and took it to a different level. The Lord gave me the strength to do all that stuff,” he said. “So, therefore, I can never speak about myself, but the Lord.”