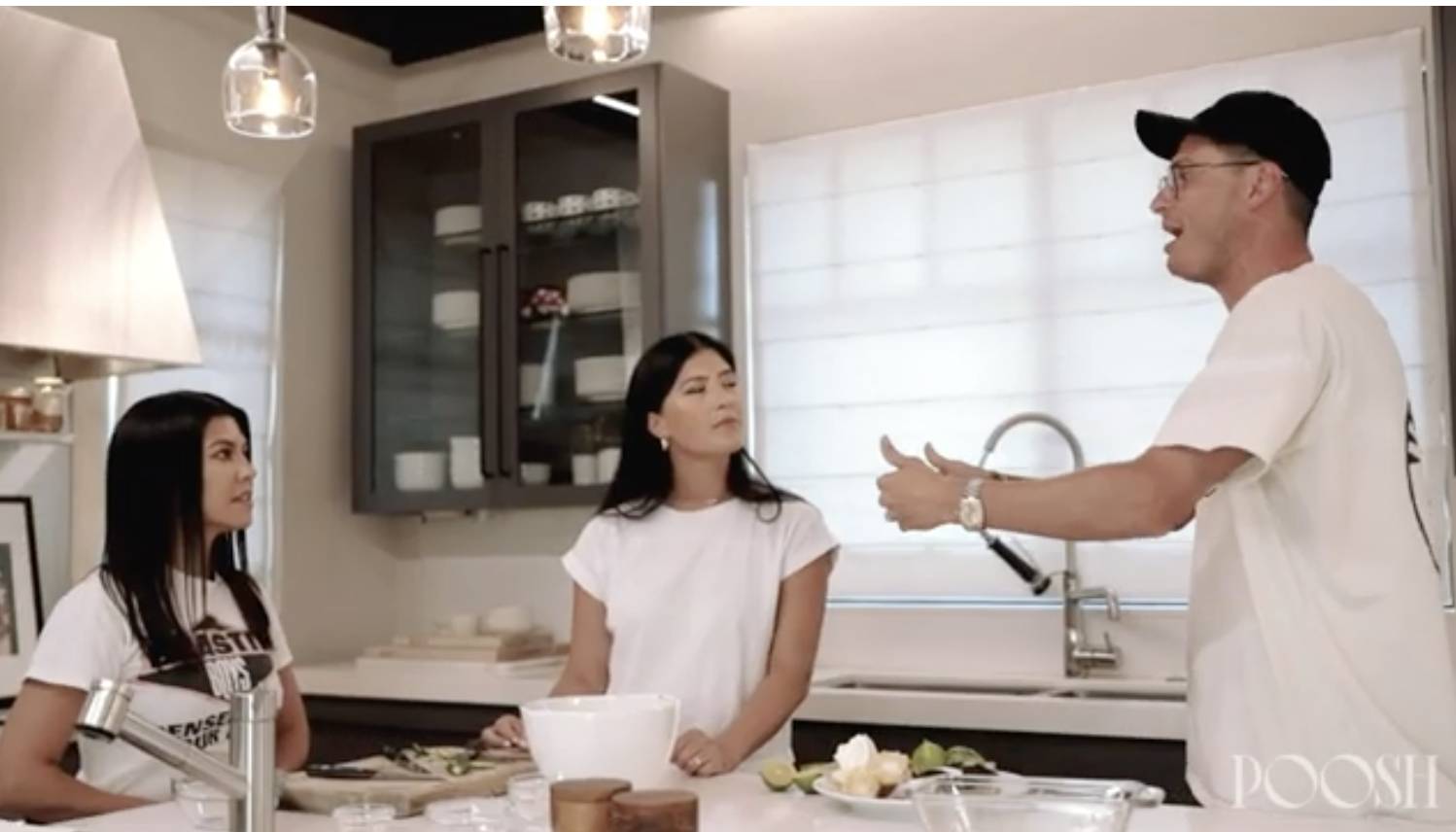 Teaching children about the Christian faith is not easy. That is why Kourtney Kardashian sought advice from her pastors Chad and Julia Veach on how to handle the monumental task.

In her latest episode of Poosh, a webseries that goes along with her lifestyle website of the same name, Kardashian had a conversation with the Veaches on how to teach religion to her children without forcing it on them.

“Lately we’ve been having a lot of conversation in our family about how to you teach your kids about religion and like what we believe in without –you don’t want to force your own beliefs…on them,” Kardashian said to the pastors.

The reality star went on to explain how faith was such an important part of her upbringing.  She recounted how her late father, Robert Kardashian, would always read and discuss Bible stories with her and her siblings, and that the family also attended Sunday school regularly.

The fashion lifestyle blogger expressed her desire to instill those same values in her three kids.

“So I just wondered, is there something you guys do, or that’s really important to you –routines or things that you do with your own family? I think that would be helpful,” Kardashian asked the pastors of Zoe Church.

Chad acknowledged that the routines established by Kardashian’s father are important because “it stays in you.” He also shared the daily routines he has with his sons.

“Even on the drive to school. Every morning as I’m getting ready to drop off my son I’m like ‘Alright I’m going to pray over you. And remember you’re a leader at your school. And people follow you. And I’m going to pray that–you know,  you’re a light on your campus,’ ” Chad said.

The LA-based pastor also revealed how he invites his sons to pray with him by asking if their friends need prayer.

“I think just trying to take like, just regular moments and just go…’Hey we’re going to go to bed, but before we go to bed, hey son, is there any friend you want to pray for…is there anybody at your school going through a hard time? We should pray for them,’ ” stated Chad.

For the young pastor, these morning routines are important not only because it grows his son’s faith, but also builds his confidence.

“I affirm him, and then pray over him. And then he’s gone,” Chad said while reflecting on the morning routine. “Because I want him to walk in a school like I’m the man. My dad told me that I’m the man.”

In the end, Chad assured Kardashian that what she is doing with her children will make them successful in life.

“You invest in your kids so much, so they’re going to come out great,” he said, adding, “If you have great parents who love you and teach you faith, then you’re set up for success.