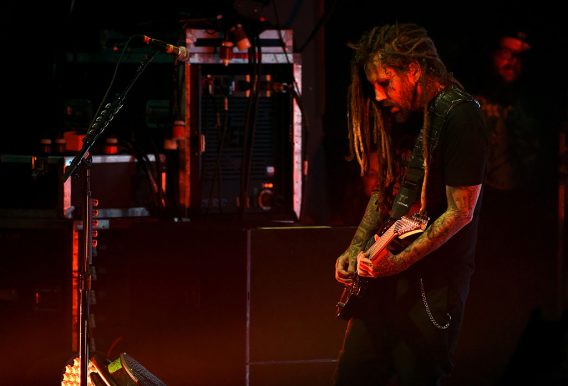 Brian “Head” Welch left his popular metal band Korn in 2005 after giving his life to God only to rejoin the group seven years later.

Now, Welch is explaining why he feels God led him back to the group.

In a video posted on I Am Second, Welch spoke about how Korn’s music can touch people dealing with pain.

“I know the music’s crazy, but mainly the lyrics are about pain. And they’re coming from a real and raw place,” he said. “People need hope. There’s addictions like crazy in that world.”

The musician went on to detail some of the struggles that people are facing.

Even though he ended up reuniting with Korn, Welch said there was a benefit in him leaving the metal band for a period of time.

“It’s like when a baby’s born, it needs to be in a sterile environment where everything’s pure around the baby, right? — for a period of time until it can go start touching thing,” Welch said, explaining the experience with a metaphor. “And so that’s kind of the same thing spiritually, where you’ve got to go away in a pure environment and get to know … this new life and get strengthened and prepared. And that’s what happened.”

While he has been vocal about his Christian faith, Welch admitted that most people do not expect to hear that message at a rock concert.

“It’s not the most popular thing to do at a rock concert is talk about Christ,” he said. “I’m doing it because it’s the most realest thing that’s ever happened to me in my life.”