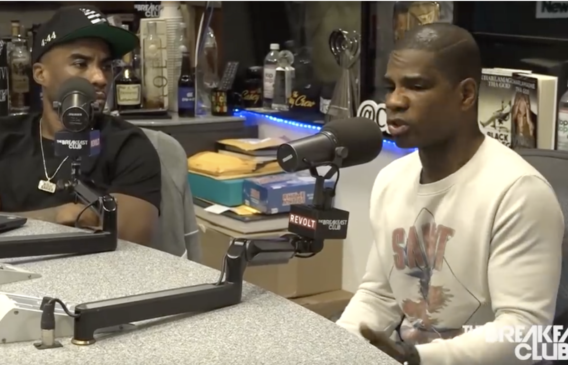 He expressed that the inspiration behind his album comes from a lack of love and compassion happening around the world.

“The creator of love is challenging us to be able to learn how to love people that aren’t always the most lovable, because we’re at times not the most lovable; but yet God is still madly in love with us,’’ he noted.

Franklin acknowledged that the world is struggling with things like racism, sexism, and anti-abortionism; and that there are older people in society who refuse to change their mindset.

In order for there to be a change in the lack of empathy and love, the show’s host Charlamagne Tha God raised the question: “Do they got to die?”

“I think that the mindset does have to,’’ Franklin responded, “At some point, it appears that if you’re not asking the questions and engaging in a group of people that are not like you, you’re not aware of what the systematic issues now caused and created.”

While people in the Christian community are trying to come to a resolution of the issues happening in our world, Franklin admits that it is challenging because, “there’s such a division, but we’re all talking about how we love the same God.”

For Franklin, the division in the church is embarrassing.

“When you go out into culture and dudes on the block are looking at Christians – I don’t want any part of that, just because of the division that they see.”

The conversation shifted to anti-abortionism, where Franklin stated how his pro-life position is rooted in an encounter between his biological mother and adoptive mother.

But even being pro-life Franklin admits, “It would be hypocritical to not tell you that when I was a teenager I paid for an abortion.”

Franklin concluded that he later apologized to the person he persuaded to have the abortion because he feels that he doesn’t have the right to force a woman to do something with her body, just like he can’t force someone to come to Christ.