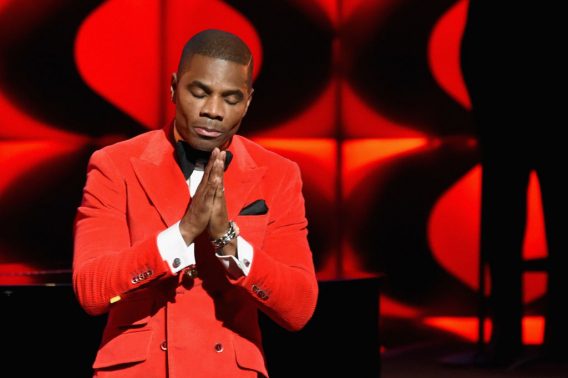 Franklin, who has worked with the rapper on music before, didn’t shy away from the question.

“Let that be his medicine,” he simply replied. “Let people heal.”

Kanye’s intentions with this event have been called into question by critics, and for good reason. The “Jesus Walks With Me” rapper has referred to himself as “Yeezus” and “God” in the past, evoking words like blasphemy and disrespectful in the minds of believers.

While Franklin and Darden didn’t go into detail about what exactly happens at one of Kanye’s Sunday Services, people have been piecing together interviews and stories on the event, like the one published by “The New Yorker,”  to get an idea.

What we can glean from these articles are some interesting features about the services. It has been reported that all attendees sign an NDA (non-disclosure agreement) before every service. There is no sermon, no word of God, not even a testimony, just song and dance.

This begs the question: is this really a “service,” or is “concert” a more fitting description?  For some, it doesn’t matter what you call if people are truly finding Jesus at these events. Who are we to judge, right?

Franklin is choosing not to judge. Instead, he wants us to know that he is not giving up on Kanye, no matter how much he may disagree with Kanye’s views and recent antics.

Although he has yet to attend any of Kanye’s Sunday services, he is still supporting his friends through mentorship and brotherhood.

“I wanted to be more of a brother than a collaborator…there is a respect and a love that when I’m saying something to him, I’m now seeing the response.”

Franklin also spoke about how he and Kanye first met in 2012 when Kanye wanted to link up with him to “help increase the production value of gospel music.”

Ultimately, Franklin advised Kanye that jumping right into doing music together wasn’t a good idea while Kanye was still finding himself on his journey.

Watch the full interview below.