KD (Kevin Durant) Is all about JC (Jesus Christ)! 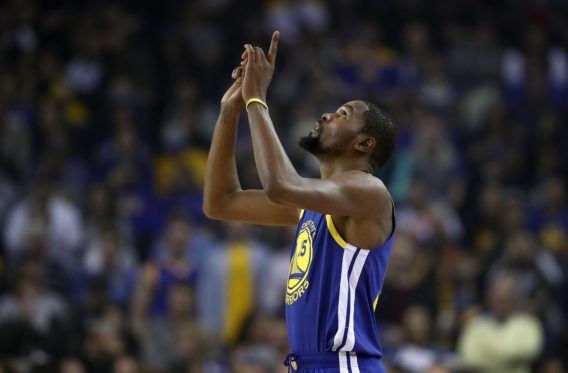 The Brooklyn Nets have consistently been one of the worst teams in the NBA. But all of that may change this coming season with superstar Kevin Durant just signing on to play with the troubled team.

Not only does Durant bring legendary skills to the team with websites like the Bleacher Report ranking him the #8 best small forward of all time, but he’s also carrying the power of Jesus Christ to Brooklyn!

Durant has never been shy about proclaiming his faith. In an interview with the faith-based website Beyond the Ultimate, he spoke about the importance of God and scripture in his life.

“I read my Bible now all the time. The movie, The Book of Eli, inspired me,” Durant stated. “The Bible both pumps me up and balances me to play my best, but it also tells me more about the Lord and how I can live for Him and what all He has done for me.”

“It’s not going to just happen with basketball,” Durant told Craig Groeschel, lead pastor of Life Church. “I didn’t just wake up and decide that I wanted to be good, and it just happened without me putting the work in. As a Christian, I just try to do little things every single day to put work in to know Jesus, to know more about his word and to grow. I think I can relate that to basketball and become a better basketball player and a better Christian by always putting in work.”

We are looking forward to seeing KD work his magic on and off the court in Brooklyn!