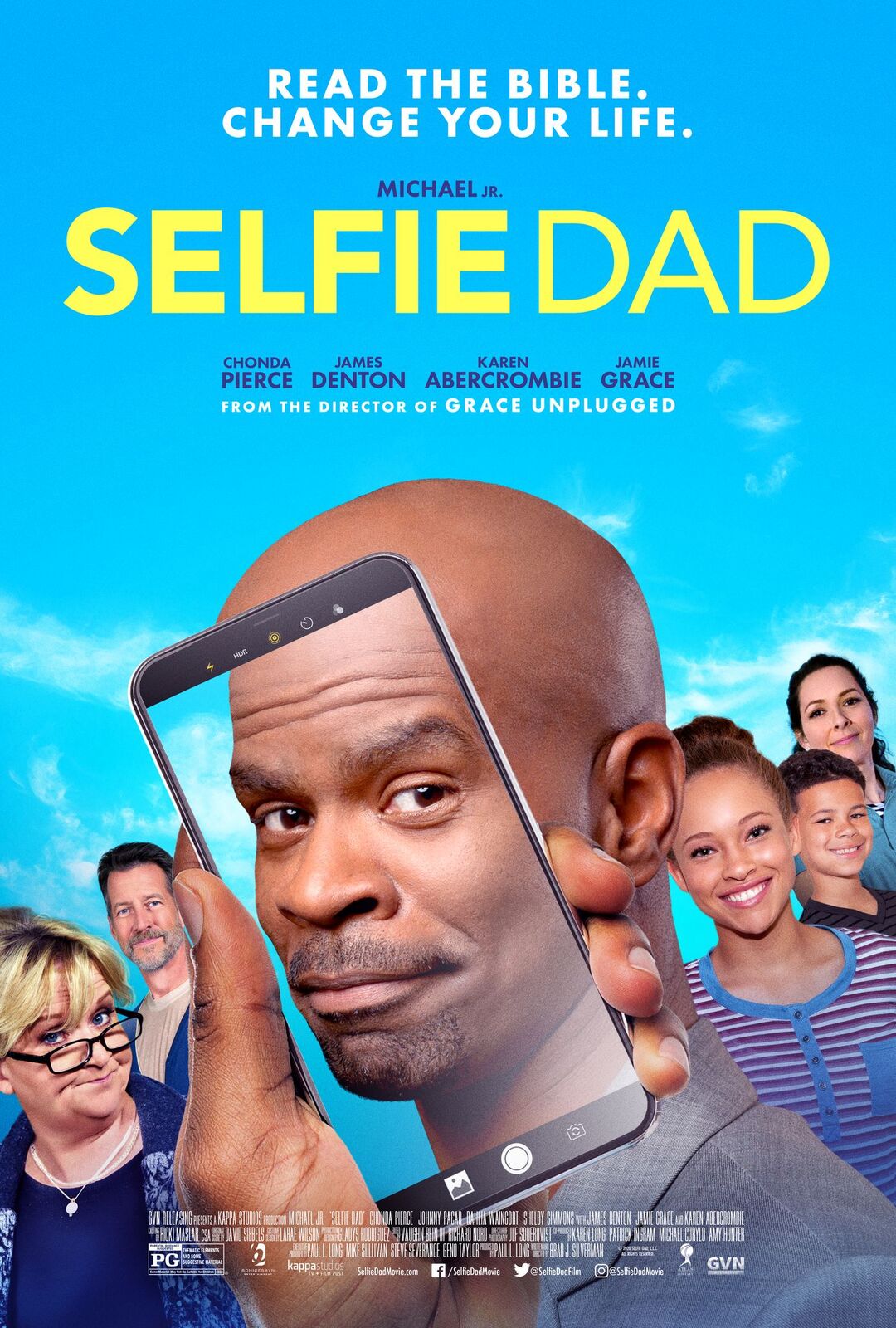 Christian comedian Michael Jr. has been making audiences laugh with clean, family-friendly humor for over two decades. Now he is taking his comedic skills to the big screen this summer in the new film Selfie Dad.

Selfie Dad is a powerful call to dads – and to families – about what the Bible can do to bring true joy to your life,” Michael Jr. said. “It just happens to come wrapped in a very funny movie about a dad getting it all wrong before he gets it right.”

The new comedy tells the story of Ben Marcus, a dissatisfied dad played by Michael Jr., as he faces a midlife crisis risking everything to become a YouTube comedy sensation. Along the way, he discovers those self-pursuits can’t match the joy of knowing God through the Bible.

Hip-hop artist and superstar Kanye West is already a fan of Selfie Dad. He was introduced to the film through his church, Placerita Bible Church, which is led by Pastor Adam Tyson and was featured in Selfie Dad.  Producer Paul Long and writer/director Brad Silverman also attend the small church.

Shortly after wrapping on the film, West began attending services at Placertia and Tyson started speaking at West’s Sunday Services. West heard about Selfie Dad and after watching the trailer he immediately offered one of his songs for use in the film.

West has become very public about his conversion to Christianity within the last year. His record-breaking new album Jesus is King is a worldwide phenomenon, topping Christian and secular music charts.

Selfie Dad will be released to Premium VOD platforms for Father’s Day weekend on June 19. You can watch the trailer below. For more information, visit the film’s website at visit selfiedadmovie.com.