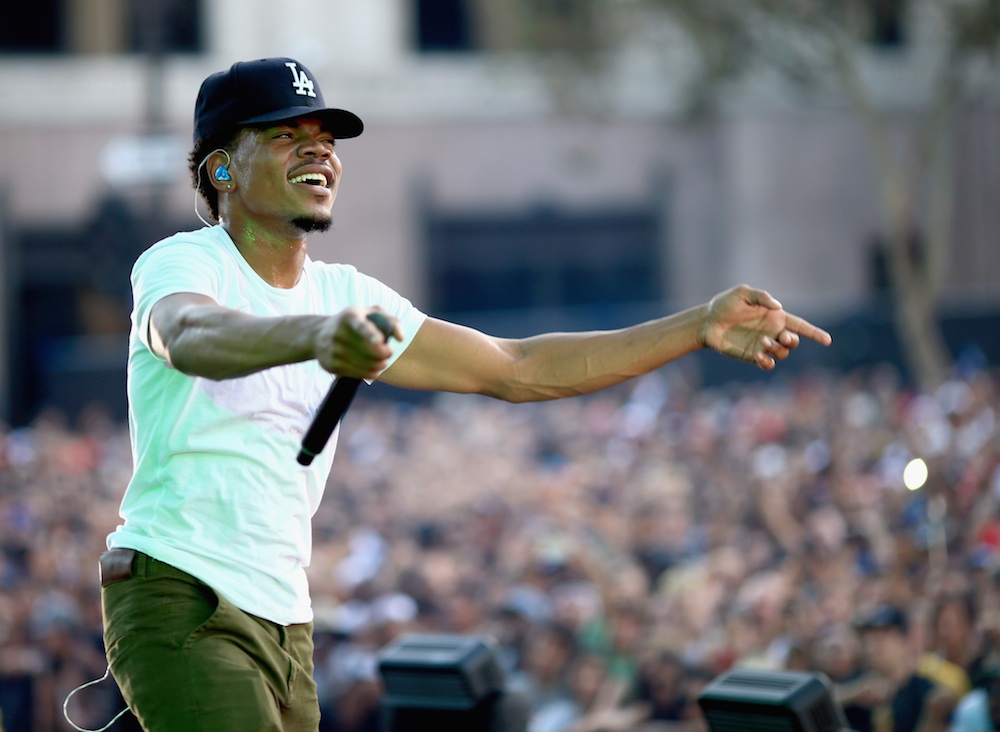 Mastering the ‘church two-step,’ or what is more commonly known as shouting and catching the spirit, comes with time, age, and experiencing a lot of praise breaks.

But for Chance the Rapper, he appears to be bypassing the traditional route by soliciting gospel singer Jonathan McReynolds to be his personal shouting tutor. It’s no secret that the Chicago rapper is serious about his relationship with God, and is not afraid to dedicate his time to improving his faith walk.  In a video posted on McReynold’s Instagram page, the gospel artist can be seen teaching a very focused Chance how to join his love for God with a simple church two-step.

With traditional “shouting” music playing in the background, the gospel songwriter starts by holding two fingers in the air, signifying the number of times Chance must stomp with each foot.  McReynolds then begins to stomp his feet on the beat with Chance attempting to imitate him. As someone who, like my brother Chance, also struggles with mastering the two-step, I’ve watched this video more times than I care to share and can attest to its instructiveness.

Apparently Chance found McReynold’s instruction helpful as well. For his first lesson, he gave an impressive two-step. He should now feel confident that the next time he finds himself in the middle of a war cry or “has a praise that he gotta let out,” he will be able to do so with proper form and technique.

The moment between Chance and McReynolds happened Saturday as they attended the Family Jam For Peace at the 14th Annual 79th Street Renaissance Festival hosted by Inspiration 1390 AM in Chicago.  Both men made appearances at the free festival, which also provided back to school supplies to families.

Chance was very busy. Not only did he learn how to shout at the festival on Saturday, but he also performed with rapper and fellow Chicago native Kanye West on Sunday during Kanye’s ‘Sunday Service’ Tour.

You can watch the full praise break between Chance and McReynolds by clicking on the video below.

We are giving God some praise & SURPRISE ❗️Chance The Rapper has just arrived!#JamForPeace