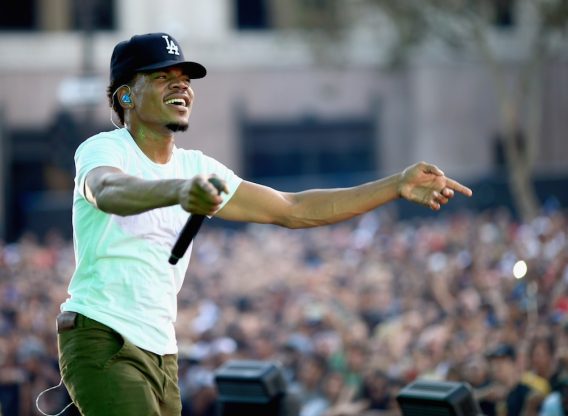 There seems to be a steady rise in music artists who identify as Christians but do not want to be labeled in the Christian music category.

Jonathan Roberts, the touring director at the Premier Productions company which handles well known Christian tours from the likes of Elevation Worship, “Winter Jam,” and Hillsong Worship, is explaining why.

“I think it’s becoming more broad in that sense, where folks aren’t necessarily wanting to be a core Christian radio artist, but that doesn’t mean they are losing their identity of who they are,” Roberts told Pollstar last week. “The Christian audience and Christian listeners have the same problems and the same life struggles, many of the same situations as everybody else, and I think the artists are getting to a place where they want to talk about all of that stuff and not only their faith.”

Chance The Rapper spoke to Teen Vogue about the matter last year, and revealed that he was afraid that people would label his Grammy Award winning breakout album Coloring Book as gospel rap.

“One of my biggest fears with ‘Coloring Book’ was that it would be labeled. I hate labels,” he said. “I never sought out for people to recognize it as a gospel album. I don’t make Christian rap, but I am a Christian rapper. When I was going out and trying to fully give glory to God, in my setting, I feared that people would be dismissive of it, like, ‘This is Christian rap, I’m not trying to hear it.'”

“The thing I see continuing to grow more and more is artists who aren’t specifically defined by the term ‘Christian music,’ instead saying, ‘I’m a follower of Jesus in my personal life, in my faith, and that influences the music, but I am an alternative musician,’ or ‘I’m a rapper,’” he told Pollstar. “I think that’s going to continue to happen, and I hope Christian music continues to embrace that.”