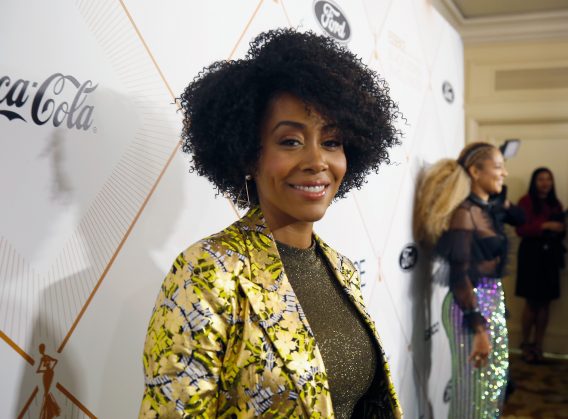 The 36-year-old actress went on Instagram Tuesday to glorify God for allowing her to trust Him and jump into the ocean despite her fears.

“Yesterday, God showed me HIS blessings, while gently reminding me to TRUST,” she wrote.

Simone says she was able to swim as a 2-year-old child who used to spend hours in the water. Throughout the years, she developed a fear of the water because she did not want to ruin her hair.

However, all of that changed this week.

“So now, a quite ‘unnatural’ FEAR has settled in. A fear of doing something I am not only capable of doing, but once spent hours and days enjoying,” she wrote. “When I got to the boat yesterday and found out I had it all to myself, I knew I was beyond blessed. But when the captain asked if I wanted to swim, a real terror settled in.”

The actress knew she had to jump in the water and when she did, Simone says God met her in the moment.

“..Out there in that sea, I felt GOD all around me. I saw HIS creation,” she revealed. “And I thanked HIM for allowing me to experience it alone with HIM.”

The actress, who is currently in Italy, ended her post by sharing 1 John 4:18 which states, “there is no fear in love. But perfect love drives out fear..”

Simone is married to actor Dorian Missick who also appears in the second season of Luke Cage. She often showcases her faith on social media and thanked God for blessing her and her husband’s career.

“So proud of him, and thankful to GOD for the blessings on our household,” she wrote on Instagram following the announcement of her husband starring in a new series called Tell Me A Story.