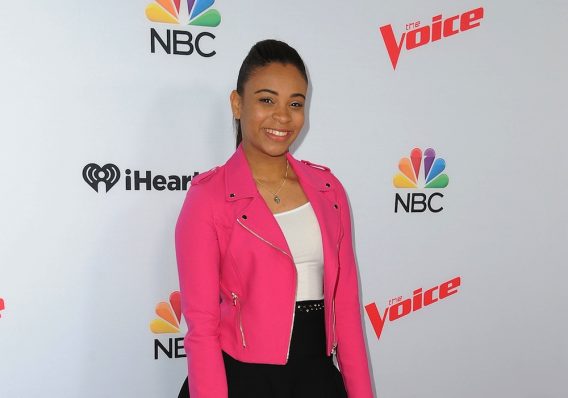 Koryn Hawthorne is a gospel singer with a pop music sound, but the 20-year-old music artist has her reasons for not setting her sights on mainstream music superstardom.

Koryn made a name for herself on season 8 of NBC’s The Voice where her own vocal chops helped her get to the finals while singing for Team Pharrell Williams. Since then, she signed with RCA Inspiration led by label executive Phil Thornton and released her first official album Unstoppable last month.

The singer seems content with her gospel music career and isn’t too concerned with trying to make her mark on the mainstream music industry just yet.

“For right now I am exactly where I need to be, hence the name of the album, Unstoppable. God has me here,” she told Billboard recently. “The music has a higher purpose and I cannot be deterred.”

Koryn believes she is walking in her purpose for God and believes that doing so will result in good things.

“I feel like God put me here for this purpose, so I am simply following his lead,” she said. “When you have that resolve, you just know when something’s good.”

Those good things have been evident in the fact that the singer’s debut album has topped a number of gospel charts already. Last week, Billboard announced that Koryn is the first woman in five years to top four gospel charts simultaneously.

Thornton, the head of her record label, explained why he believes she stands out as an artist.

“As a label executive, you look for artists that will have long-lasting careers and headliner potential,” Thornton told Billboard. “I recognized Koryn’s potential the first time she performed on The Voice. Koryn finds meaning and depth and soulfulness in a song unlike any artist from this generation.”

Koryn Hawthorne’s Unstoppable is currently available where albums are sold.