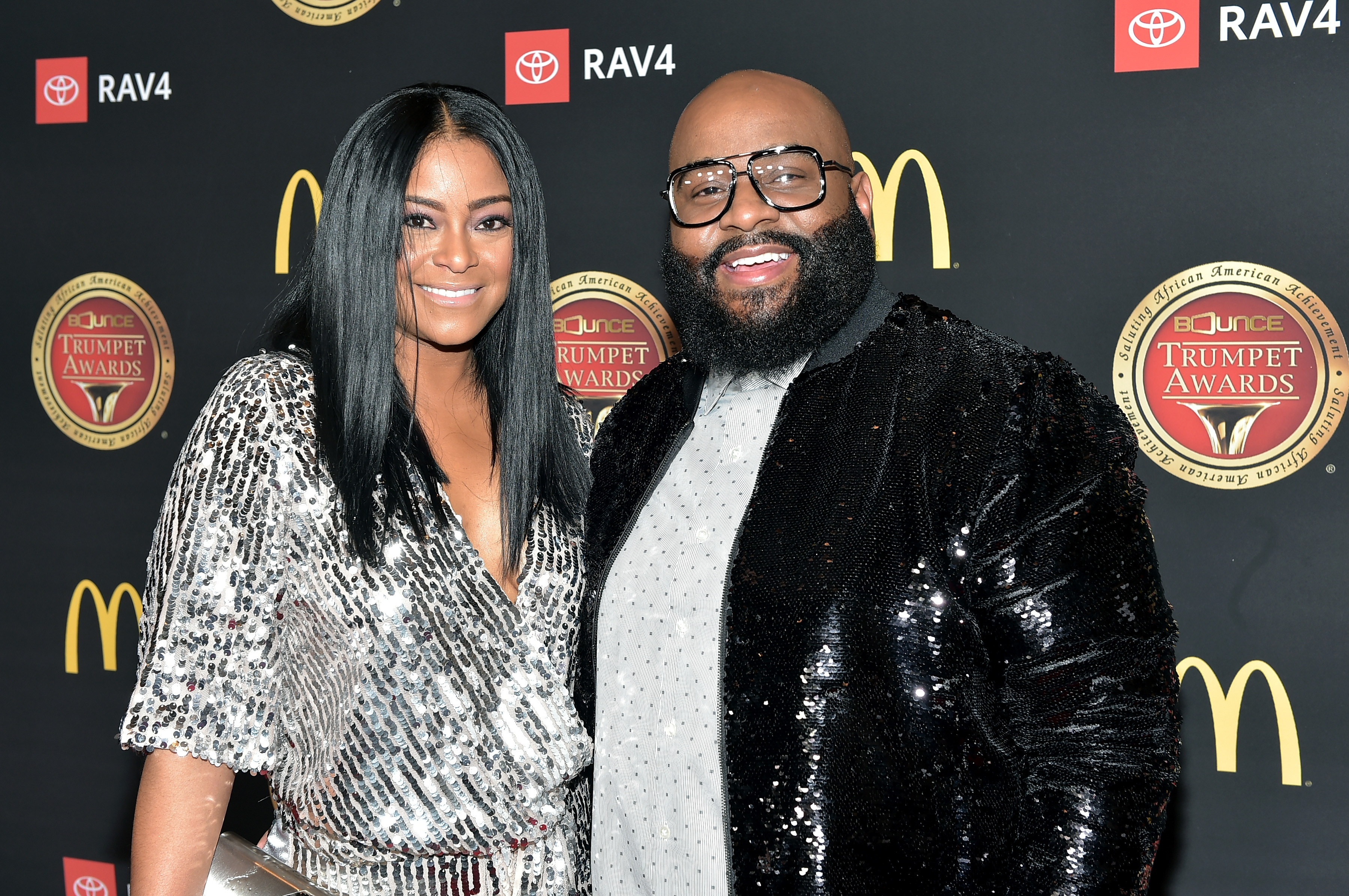 LaShawn Daniels, the creative force behind some of our favorite pop songs, died last night in a car accident. He was 41.

Daniels worked with artists like the late Whitney Houston (“It’s Not Right But It’s Okay”), Beyoncé and Lady Gaga (Telephone), Michael Jackson (“You Rock My World”), Brandy and Monica (“The Boy Is Mine”), and Destiny’s Child (Say My Name).

Daniels’ wife and manager April, who appeared alongside him in the WE reality show “Tamar & Vince,” officially announced his passing in a statement written on behalf of the family posted to her Instagram page.

“It is with deep and profound sadness that we announce the passing of our beloved husband, father, family member and friend  Lashawn Daniels, who was the victim of a car accident in South Carolina. A Grammy-award winning producer and songwriter, Daniels was a man of extraordinary faith and a pillar in our family,” read the statement.

With Love, from The Family! 💔 In lieu of flowers, donations can be made to the Lashawn Daniels Memorial Fund on PayPal at [email protected]

The news of Daniels’ passing hit the Christian music and entertainment community hard, sparking an outpouring of grief, prayer, and disbelief from those who knew him.

Please join me in a unified prayer right now!!! PLEASE!!!!! This is one of our brothers and we need to intercede for him! Everyone please pray that God wakes him up for his sleep and restores life into his body!!

Gospel artist and one half of the duo Mary Mary, Erica Campbell posted a video collage on Instagram honoring Daniels.  “Don’t know what to say I’m so hurt! Man Shawn you were such an incredible dude…thank you for laughter friendship and your musical contribution to the world,” she wrote in the caption.

Don’t know what to say I’m so hurt! Man Shawn you were such an incredible dude!! The best part of you was how you loved @iamaprildaniels Thank you Shiz for pulling the vocals and swag I had never tapped into. More than that, thank you for laughter friendship and your musical contribution to the world💔😢 you and April were definitely one of our favorite couple friends ❤️❤️❤️ April we got you❤️#lashawndaniels

Music producer and gospel legend Kirk Franklin expressed feelings of loss and disbelief on Twitter. “The entire music community is feeling the loss of one of the greatest to ever do it… LaShawnDaniels…we just stood together a week ago.  No words…”

The entire music community is feeling the loss of one of the greatest to ever do it….. LaShawnDaniels…we just stood together a week ago. No words……

Pastor and Hollywood Producer DeVon Franklin also reflected on spending time with Daniels recently. “So sad…I was just with him last weekend,” the pastor tweeted.

So sad…I was just with him last weekend 😥😥😥RT @trapcry: Rest In Peace to LaShawn Daniels @BIGSHIZ. He’s responsible for so many great moments in music. 😢🙏🏾. A legend. pic.twitter.com/zrZDZ3h9DL

Daniels leaves behind his wife and three sons.