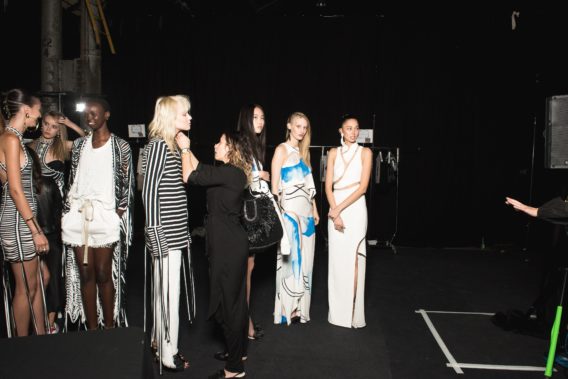 Everyone has heard of “Fashion Week.” For one week during separate months in New York, Milan, Paris, and London, dozens of designers and hundreds of models descend on these cities to show the world what to expect from high fashion in the next year.

While the pricey items, weird hair, and general laissez-faire attitude that patrons of fashion seem to share may be too much for some Christians, Simon Ward says “if fashion is your servant it’s great but if it’s your master it’s a real tyrant.”

Simon Ward is the CEO of the British Fashion Council and a devout Christian. He also ran Fashion Week in London for 30 years!

In a 2018 interview with Premier, he likened God to a fashion designer.

“I normally just give a quick guided tour of the Bible and say ‘look, in the beginning God created seasons’ – so don’t argue about the seasons,” Ward said. “He created infinite variety – He was the first fashion designer. He ran up leather togs for Adam and Eve in the Garden of Eden and so on. It goes all the way through the Bible, the sort of imagery of fashion. The first Christian in Europe was Lydia who was in the fashion industry in Phillippi so I think the idea that God and the fashion industry have nothing to do with each other ain’t right.”

Ward makes a strong point about God and fashion, and there are biblical references to back it up. Scripture has several instances where one’s clothing was significant.

“Moreover, from the blue and purple and scarlet material, they made finely woven garments for ministering in the holy place as well as the holy garments which were for Aaron, just as the LORD had commanded Moses.” Exodus 39:1

“Now Israel loved Joseph more than all his sons, because he was the son of his old age; and he made him a varicolored tunic.” Genesis 37:3

“They shall be clothed with linen garments; and wool shall not be on them while they are ministering in the gates of the inner court and in the house.” Ezekiel 44:17

Yes, fashion, when overpriced and not properly prioritized, can be a terrible waste of time and money. But, as living testimonies, shouldn’t we keep our outer appearance in mind? After all, the body is a temple, and no one likes a messy church!