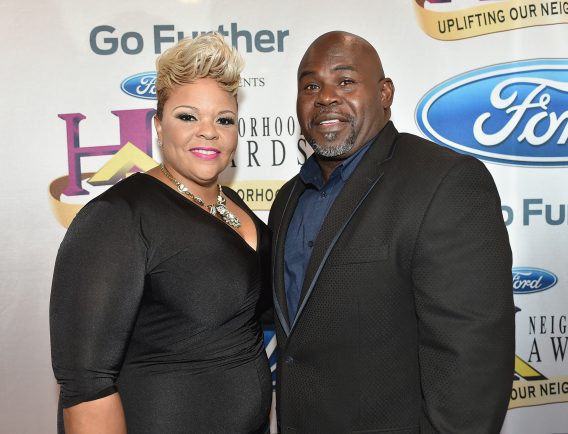 David and Tamela Mann aren’t pretending that their 30 year marriage has been free of struggles.

During a recent appearance on The Wendy Williams Show, gospel singer Tamela and comedian David opened up about how they overcame some trying times when a woman knocked on their door claiming to have his child.

“We were five years into our marriage and you get this knock at the door. The constable says, ‘by the way you have another child from a woman in your prior life Mr. Mann,” he shared. “And it was scary.”

The situation almost broke the pair up and Tamela admitted to feeling unsure of where they would stand.

“I felt like where do I fit into this picture. The baby is coming, I have another mother to deal with where do I fit,” she recalled questioning. “I felt like, ‘oh my God where is this going?’”

However, David said the pair had a serious conversation about their marriage and how things would work out in their blended family that now consists of five children, two of which they had together, and twelve grandchildren.

“I sat her down and I explained, ‘look I love my kids and I’m a stand up guy. I’ll do what I need to do but at the end of the day it’s us against the world,’” he recalled telling her. “It’s me and you. And it all worked out perfect.”

This story and others are included in the pair’s upcoming book, Us Against the World: Our Secrets to Love, Marriage, and Family which is officially in stores on Nov. 13. Hollywood producers DeVon Franklin and Meagan Good spoke about how inspiring the book has been for the couple.

“Our dear friends David and Tamela Mann have made us laugh, dance, and sing. They have also taught us how to love unconditionally,” the pair said, according to Amazon. “Their thirty-year marriage is a testament that love, family, and commitment still exist. Their new book, Us Against the World, is filled with wisdom on sustaining everlasting love.”