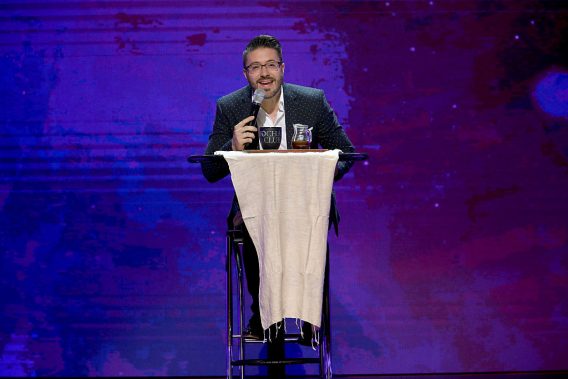 In a social media culture that may be losing hope, Danny Gokey wants to remind people about what they can look forward to as followers of Jesus Christ.

Gokey’s latest album, Haven’t Seen It Yet is spreading a message of hope to the masses. With a society so fixated on social media, Gokey believes people are becoming hopeless.

“The way our culture is going in the sense of social media, hope is harder to find, too, because we’ve decided what we think hope is,” he recently told The Christian Post. “You go on Instagram and say, ‘God I want to be this,’ and we’re really missing out that there’s a plan for us that God had designed for us before we even came on this Earth.”

But before he made the album, Gokey found himself losing hope.

“To be quite honest, I was feeling like hope was dwindling and I had to go back and remind myself who He is and not who I’ve created Him to be in my own mind,” Gokey said. “I think a lot of times we tend to think God is a genie and really that’s not how the Kingdom of God works.”

In the midst of trials, Gokey trusts in the fact that God is orchestrating good things on his behalf.

“A lot of times we’re going through things that God has purposed to refine us and make us better and make us stronger,” he said. “There’s really no other way to respond to God. You’re either going to say yes to God or no to God, there’s no two answers.”

With his latest album, Gokey desires that people can be inspired to find similar trust in God in moments when they are no longer in control.

“I’m really hoping that people can trust God beyond themselves, and I know that’s a hard thing because we love to control everything. But I guess we have to go back to the foundation,” he said. “He created us for His purpose, for His glory, not us for our own purpose and our own glory.”