Chrisette Michele Is Writing A Gospel Album After Turmoil 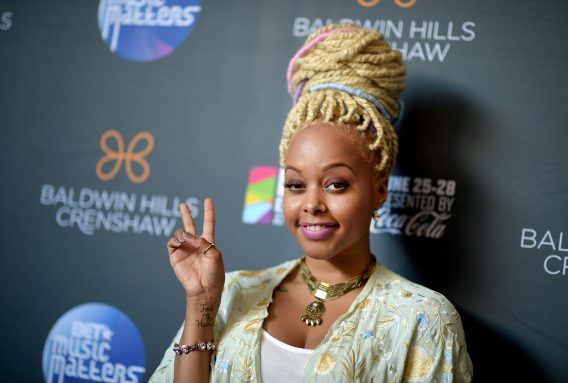 Chrisette Michele was broken to the core when she received an overwhelming amount of backlash for performing at the president’s inaugural ball in 2016. Now that God has helped her come out on the other side of things, she is ready to make a gospel album.

The 35-year-old eclectic soul singer-songwriter wrote about the decision to create a Christ-centered album in a recent post for her Rich Hipster Blog.

Chrisette was saved and speaking in tongues at the tender age of nine. Even though she grew up in church, the singer described going through trials in her walk with Jesus Christ. However, the backlash that she received over the past two years impacted her walk with God differently.

“Over last two years I’ve gotten to know God like never before. My latest ‘fail’ broke me to the core,” she wrote. “This time I knew that I had to strip trying to be perfect. I had to let go and let God.”

Instead of despising what God allowed to happen, Chrisette said she “kept her face at His throne.” She replaced the noise of her critics with only Christ-centered things.

“I covered my ears from the noise and replaced it with the music and the books, speeches, and movies His children make. It was the first time in my life where I really realized why Gospel artists create gospel music,” she said. “They create for everyday people like you and me who are imperfect…We are all human and looking to God to make us whatever He desires. We all seek purpose.”

Instead of worrying about trying to be perfect for others, the musician said she embraced being human. She decided to ask God what He wanted her to do next instead of dwell on the negative experiences that she was having.

“I could have spent the last year and a half asking God ‘why me’ or ‘how could this happen’ but instead, I asked Him, ‘where are you’ And ‘what do you need from me,’” she revealed. “..God poured so much into me while I was on the floor at His feet and I couldn’t believe it. He needed me to know what it really meant to be ‘down’ so that I could know what my gift was for.”

The singer said she wrote music, speeches and Bible studies. She heard God tell her that she would be used for music, encouragement and compassion.

In the next phase of her music career, Chrisette is staying focused on creating for the Lord and helping heal the broken. Now, she even looks back at her critics with gratitude.

“God is intentional and He never fails. What was meant to break me has now only strengthened me and my walk,” she said. “I’m so grateful to those who tried to pull me down. God has shown me what His faithfulness means.”