Chick-Fil-A or Popeyes? A Church Divided… 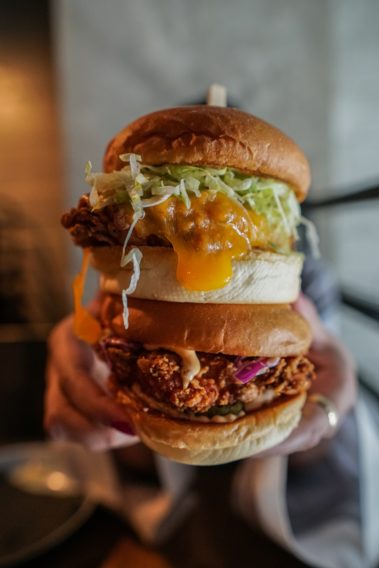 It all started with a tweet. Earlier this month Popeyes took to Twitter to announce the arrival of its new chicken sandwich in a pithy tweet.

Not to be outdone, Chick-fil-A responded days later with a tweet reaffirming its place as the originator of the chicken sandwich. “Bun + Chicken + Pickles = all the [love] for the original,” they tweeted. Popeyes quickly responded with a simple yet shade-filled tweet, “…yall good?”

This exchange engendered what has become the #ChickenSandwichWar of 2019.

Bun + Chicken + Pickles = all the ❤️ for the original. pic.twitter.com/qBAIIxZx5v

Now, the twitter feud has spilled over into the church. Saints have taken to social media to compare and review the greasy, highly caloric sandwiches to judge which one reigns supreme.

Christian comedian KevOnStage spent an entire episode of #RighteousAndRatchet assessing the deliciousness of the sandwiches with his sidekick, DoBoy.  Starting out, KevOnStage declared Chick-fil-A as the current “champ.” But after a few bites of the new Popeyes sandwich, he became less certain.

“Everything I’ve ever known is a lie,” he said with great despair. “I thought Chick-fil-A was untouchable…We ain’t even playing the same game no more!”

By the end of the episode, he converted to team Popeyes, especially after eating the spicy chicken sandwich.  “Who would want to get married with this on the market?” KeVonStage asked, evoking the spirit of the Apostle Paul in 1 Corinthians 7.

Anthony Davis, another Christian comedian, offered a counter opinion when he posted a video on Instagram with the caption “Chick-fil-A ain’t no punk in Jesus name…”

In the clip, he imitates a passionate Chick-fil-A employee offering a vigorous defense of its sandwich to Popeyes with comments like, “We got Jesus making our sandwiches. Can’t compete with that, huh?!” and “We don’t even need commercials. All y’all got is somebody’s aunty and deacon quartet singing ‘Buy that chicken from Popeyes.’ ”

Music executive and producer Kirk Franklin even joined in on the battle by reposting a meme comparing him to Chick-fil-A and the rapper Plies to Popeyes. “I can’t stand y’all,” Franklin wrote under the meme.

Though the battle charges on, one Facebook reviewer, who promised that “no denominations were harmed in the writing of [his] review,” argued for reconciliation.

“Just left Popeye’s Full Gospel Baptist Church Fellowship to see how this sandwich compares to the one at the Chic Fil A [sic] Southern Baptist Convention,” he wrote. “They are two different churches and two different sandwiches. As a minister of reconciliation, I ask that we reason together, beloved. There’s room at the cross for both of us.”