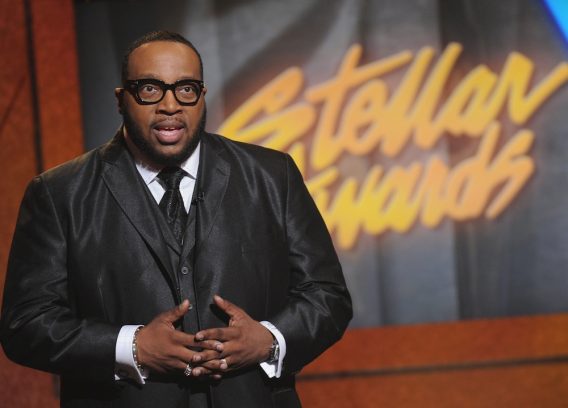 Bishop Marvin Sapp revealed that he will officially be retiring from the Lighthouse Full Life Center that he founded in Grand Rapids, Michigan to lead a church in a new city.

Sapp will become the senior pastor of Chosen Vessel Cathedral in Fort Worth, Texas next September. The pastor and gospel music singer released a heartfelt statement explaining his decision to make the big move 16 years after founding his church in Michigan.

“This year, an opportunity was presented that I know represents the fulfillment of the prophecies I had received. As such, I am announcing my retirement as Senior Pastor of Lighthouse Full Life Center,” Sapp revealed. “The first Sunday in September will be my final Sunday at Lighthouse. I will remain as Chairman of the Board of Directors at Lighthouse, and will provide spiritual oversight of the church.”

Sapp detailed some of the prophecies that he received before being led to Chosen Vessel Cathedral in Fort Worth, Texas where he will officially take over as the senior pastor on September 15.

“In August of 2017, the Lord told me that 2018 was going to be the year for me to begin again. In 2018, I received multiple prophecies about transitioning from Grand Rapids,” he said. “I initially rejected them. However, reminded of what the Lord told me, I began to be more contemplative and prayerful about the many opportunities that I was presented with to possibly assume church leadership roles in other cities.”

When Sapp received a call from a close family friend who wanted him to take over Chosen Vessel Cathedral, everything changed.

“I received the call directly from Bishop Richard Young that he planned to retire this year and wanted me to take over his church. After considerable prayer and counsel, it became clear to me that this request was predestined,” he said. “Bishop Young was like a brother to my spiritual father, the late Bishop William C. Abney. In fact, Bethel Pentecostal Church, which Bishop Abney led for more than 50 years, was founded by Bishop Young’s father.”

“This is why I cherish the opportunity to continue the legacy of the great men of God who have impacted my life,” he said. “It is something that I know in my heart is meant for me to do.”

Sapp began Lighthouse in 2003 with his late wife MaLinda and explained how much the experience has meant to him.

“When MaLinda and I started Lighthouse Full Life Center in 2003, it was with a clear focus on building a strong church that would be a wellspring of spiritual teaching and growth in Grand Rapids – a church firmly rooted in solid bible teaching and firmly focused on serving the Grand Rapids community,” he said. “Sixteen years later, I am proud of the presence that Lighthouse has in Grand Rapids. We have been consistent in our commitment to excellence in ministry and we have been consistent in our service to the community. We also have been good stewards of our resources: the church is debt free, which facilitates the ability to focus on the most important aspect of its existence – the needs of the people.”

While Sapp said he will announce his successor soon, he insisted that the church will remain in good hands.

“I will announce my successor at Lighthouse Full Life Center soon. The beauty of God’s timing with this transition is that Lighthouse is not going to miss a beat,” he wrote. “The ministry birthed by MaLinda and I is firmly established, the pastoral team is comprised of gifted spiritual leaders who will function with continued excellence and care, and the church itself is unburdened by debt. I am confident Lighthouse Full Life Center will flourish and its legacy will continue, as I move to Fort Worth, Texas to continue the legacy that is left for me.”