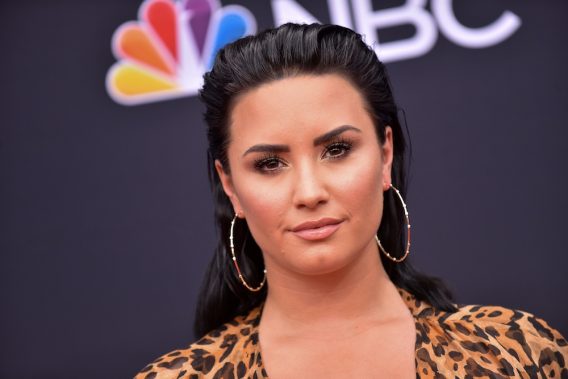 Demi Lovato has not lost sight of God during her struggles with addiction.

The singer who got her start on the Disney Channel has been transparent about many of her struggles with substance abuse for years. Throughout that time, she has also spoken up about how God has kept her through it all.

Now, Ambo TV is sharing three times that Lovato has spoken up about her faith helping her battle addiction.

On Sunday, Lovato thanked her fans, family and hospital staff for their help, positive thoughts and prayers during her recent health scare. However, she started off by thanking God.

“I want to thank God for keeping me alive and well. To my fans, I am forever grateful for all of your love and support throughout the past week and beyond,” Lovato wrote on Instagram. “Your positive thoughts and prayers have helped me navigate through this difficult time.”

In 2015, Lovato said she was sober for over three years and had no qualms about talking to Elle about her struggles.

During an interview with the publication, she spoke about the Biblical inspiration that had been helping her.

“I have a phrase tattooed on the tops of my feet that says, ‘Let go and let God.’ That’s the phrase I like to live by,” Lovato previously told Elle. “Also there’s a Bible verse, Philippians 4:13 that says, ‘I can do all things through Christ that strengthens me.’ That’s another one that has helped me get through really tough times…”

Demi Says She Prayed When Things Got Difficult

Last year, Demi celebrated being five years sober by sharing a telling message with fans on Instagram. In her message, the singer revealed that she turned to God during the times when she wanted to relapse.

“So many times I wanted to relapse but sat on my hands and begged God to relieve the obsession,” she wrote. “I’m so proud of myself but I couldn’t have done it without my higher power (God), my family, friends, and everyone else who supported me.”