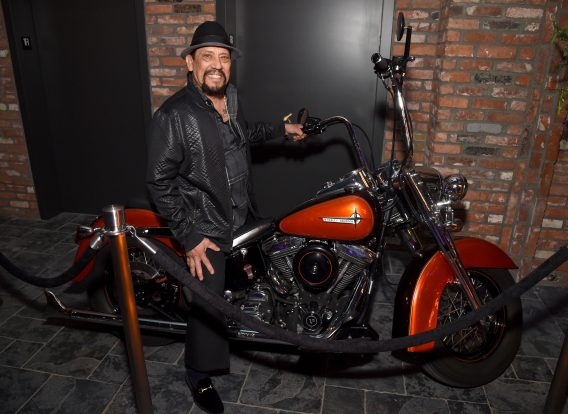 Danny Trejo is well known for his intimidating movie roles but the former felon and addict believes his faith has enabled him to help make sure other people don’t follow similar paths.

Trejo has starred in movies like Heat, Once Upon A Time in Mexico and Machete but when the cameras stop rolling, he is committed to making a difference in people’s lives. Many people are probably not as aware about his work as a substance abuse counselor at  the Western Pacific Med Corps mental health facility in California.

The 74-year-old actor and counselor who recently celebrated his 50th year of sobriety was the featured speaker at the annual Merrill Scott Symposium a conference in Yakima, Washington last week. The conference focuses on treating drug and alcohol dependency.

While in the area, Trejo spoke with the Yakima Herald about God being responsible for how far he has come in life. Trejo once was in the California’s San Quentin prison, the state’s worst prison. While there, he thought he would get the death penalty. He was incarcerated on armed robbery and drug charges, but a 1968 prison riot almost brought him to the gas chamber.

As a youngster, Trejo recalled how kids in his neighborhood looked up to gangsters. “Growing up in my neighborhood, going to juvenile hall was a badge of honor, and the youth authority (juvenile prison) was an even bigger badge, and state prison was like, wow, you were the guy,” Trejo said.

The actor was hooked on heroin in his youth, but was able to go through a rehabilitation program in prison that helped him get sober. After making a promise to God to speak his name as much as possible and be good to other people, Trejo avoided the gas chamber.

Trejo served five out of his 10 year sentence before he got out of prison and started helping other people get clean. One of the people he helped during that time was working on a movie set where drug use was rampant. That movie ended up being Trejo’s very first movie role.

Looking back at things, the actor credits God for his career as both an actor and substance abuse counselor.

“I think he puts me in that position as long as I know he’s doing it,” Trejo said. “If it weren’t for him, I wouldn’t be here.”

“It makes me feel better to be here doing His work — and that’s all this is,” he said.

Even though Trejo did not physically die in prison, the criminal and addict that first went into San Quentin did.