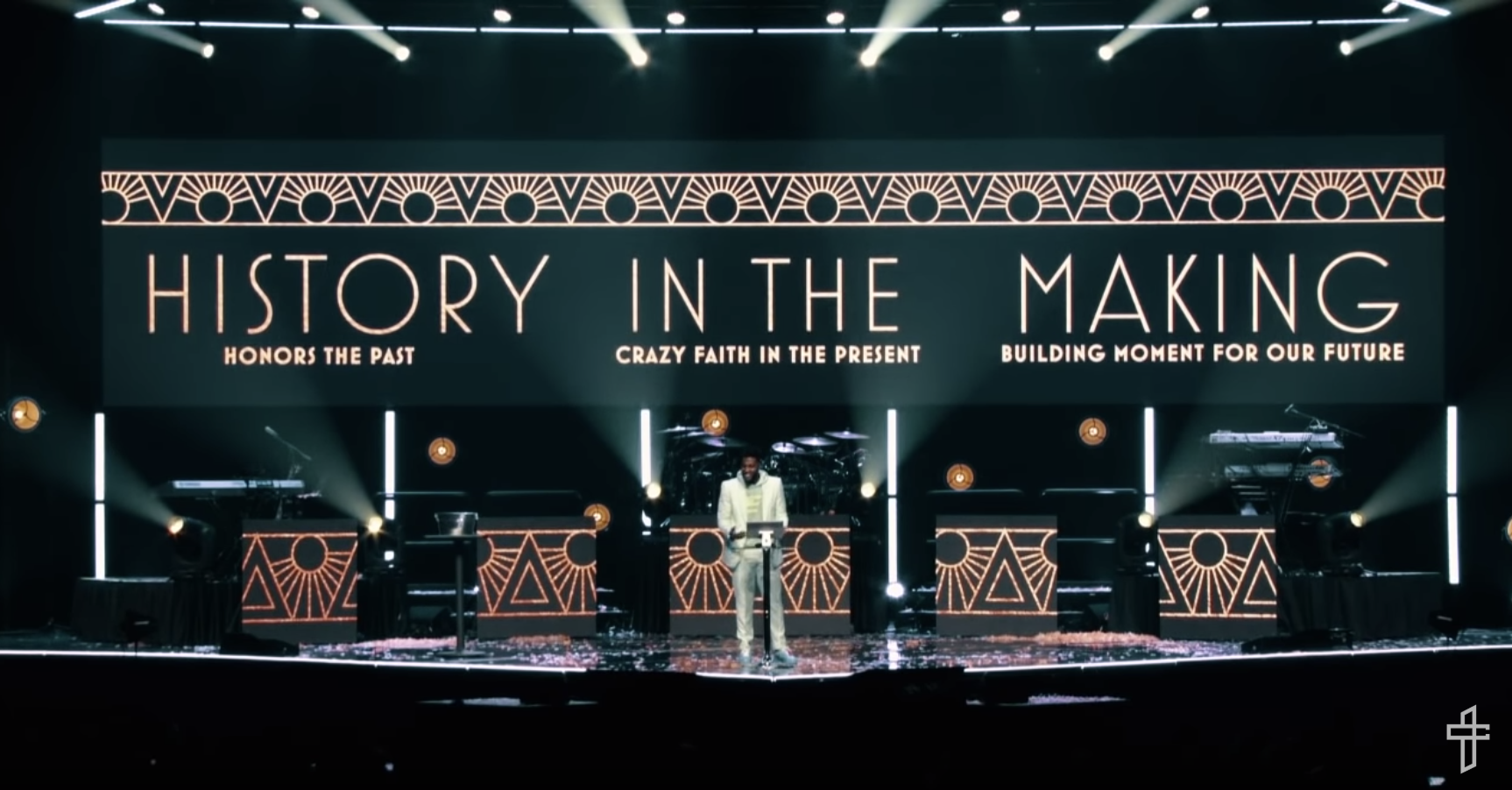 While the Bible says to make a joyful noise to the Lord, the City of Bixby in Oklahoma believes that noise shouldn’t be too loud.

Monday night the City and its attorney Phil Frazier met with Transformation Church, the popular megachurch led by senior pastor Mike Todd, to discuss the volume of the congregation’s weekly services. According to the City, the church’s music has become a noise nuisance for those who live in the nearby neighborhood of the Village at Legacy Park.

“When that noise comes on and you have a cup of coffee sitting on a counter in a neighbor’s house the water starts doing like this, it’s that much vibration,” said Frazier as he shook his right arm.

The goal of the meeting was to create a solution amenable to both parties, but in the end, the City passed a noise abatement, which gives Transformation 15 days to correct the issue.

A fixture in the Tulsa area for over 21 years, Transformation has grown exponentially in recent years under the leadership of Todd. Six months ago the church purchased the Spirit Bank Event Center in Bixby for a fifth of the cost it took to build it in order to meet the needs of its quickly growing congregation.

At the time Todd noted what a blessing it was to be able to purchase what was essentially a new, unused building.

“Last year we went from one service to five services in one year. I was panicking, what are we gonna do,” Todd said in an interview last August. “It was hard to get in and out, we had to turn over, I had to preach a whole bunch and lost ten pounds every Sunday. We knew we had to believe for more, but God has exceeded our expectations.

Early this month on February 8, the church held its grand opening to commemorate the new building and its anniversary. The Bixby Chamber of Commerce joined the celebration, with its members smiling and taking pictures alongside Todd. The dynamic pastor also preached a sermon titled “History in the Making,” to highlight the moment.

Now, the City still wants the church there, but they want them to turn down the volume. For Frazier, reducing the volume is consistent with the biblical principle calling us to love our neighbor.

“You read the books of Matthew and Roman, it talks about loving your neighbor and your neighbor right and that’s what we’re asking them to do,” said Phil Frazier.

Transformation serves 3,500 people each week and broadcasts live on YouTube to its nearly 1 million subscribers. Neither Transformation nor the HOA of the Village at Legacy Park Provided statements to the local ABC News affiliate Channel 8.