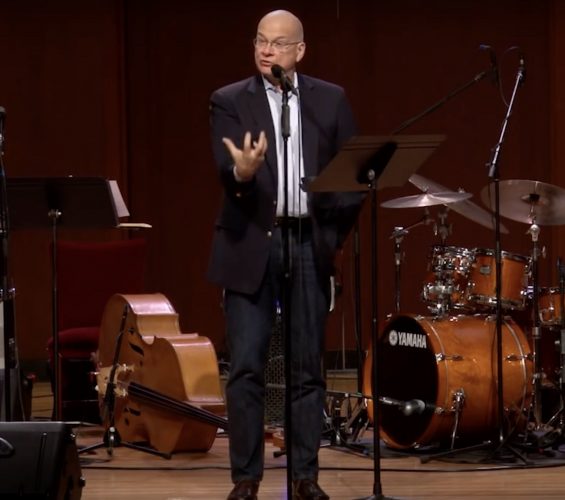 Rev. Tim Keller, the founding pastor of Redeemer Presbyterian Church in New York City, announced on Sunday that he has been diagnosed with pancreatic cancer and will be undergoing treatment.

“Less than three weeks ago I didn’t know I had cancer. Today I’m headed to the National Cancer Institute at the NIH for additional testing before beginning chemotherapy for pancreatic cancer next week back in New York City,” the popular Christian speaker and apologist shared on Instagram.

Keller is the second prominent Christian leader this year to shock the world with a cancer diagnosis. In March renowned evangelical Ravi Zacharias revealed that he had sarcoma, a rare form of cancer in his spine. He passed away from the disease on May 19.

Despite the gravity of his condition, Keller assured readers that he feels great and has experienced no symptoms. He stated that he believed the diagnosis was nothing short of divine providence.

“It was what doctors call an ‘incidental pickup,’ otherwise known as providential intervention,” Keller wrote. “I have terrific human doctors, but most importantly I have the Great Physician himself caring for me. Though we have had times of shock and fear, God has been remarkably present with me through all the many tests, biopsies, and surgery of the past few weeks.”

Keller founded Redeemer in 1989 with only 50 people and soon rose to prominence in that role. Redeemer’s attendance grew to over 5,000 people each week and included multiple services and locations throughout the city. In 2005 he and D.A. Carson founded the influential organization The Gospel Coalition, which “exists to equip the next generation of believers, pastors, and church leaders to shape life and ministry around the gospel,” according to TGC’s website.

In July of 2017, the bestselling author stepped down from his role as senior pastor in order to focus on writing, teaching, and speaking. Often called upon to provide his perspective on issues, Keller has been interviewed by the likes of ABC News This Week with Christiane Amanpour and Nicholas Kristof for the New York Times.

This is not the first time the prolific author has battled cancer. He was diagnosed with thyroid cancer in the 1990s and had to take a sabbatical from preaching. He eventually overcame the disease and returned to his position as senior pastor of Redeemer.

As he did after his first cancer diagnosis, he again has solicited prayers during this uncertain time. In his Instagram post, he outlined four specific areas for people to pray if they are so inclined.

“If you are willing to pray for me, here are things to pray for,” he wrote. “For God to use medical means or his direct intervention to make the cancer regress to the point of vanishing. For Kathy and me, that we use this opportunity to be weaned from the joys of this world and to desire God’s presence above all. For my family to be comforted and encouraged. For the side effects of treatment to allow me to continue writing and speaking.”

Keller concluded with a quote from Hebrew 12:1-2, “Running the race set before me with joy, because Jesus ran an infinitely harder race, with joy, for me.”