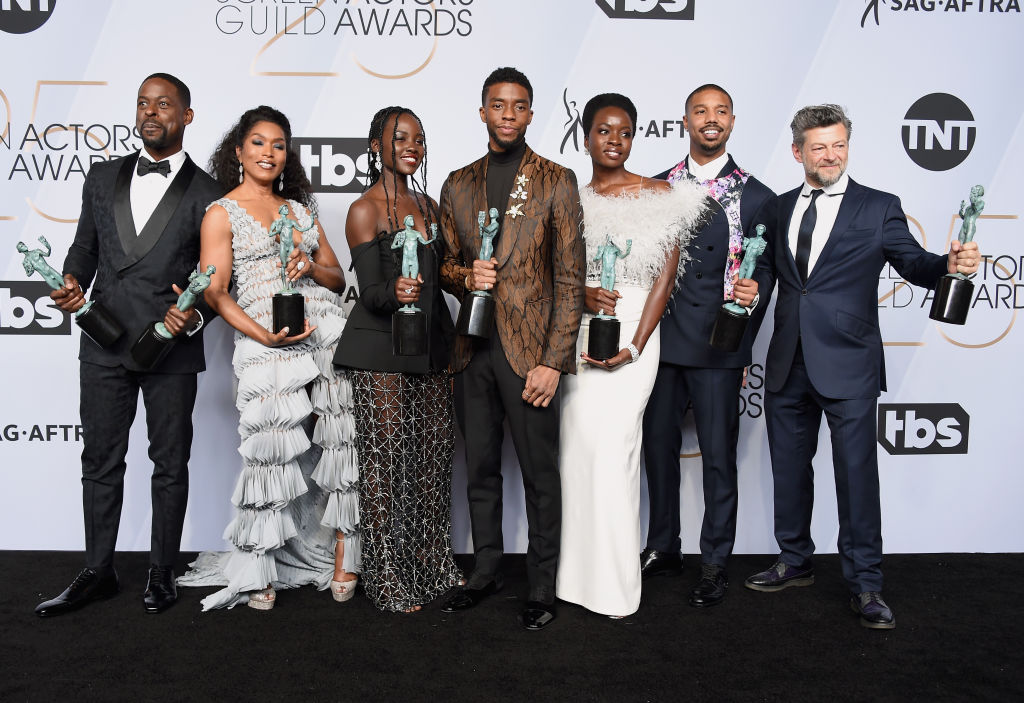 Black Panther made history on Sunday night when it became the first superhero film to ever win a Screen Actors Guild Award for best cast in a motion picture. Two of the leading actresses in the film made sure to give God credit for the honor.

Veteran actress Angela Bassett played Queen Ramonda in the film. She honored God on Twitter after the entire cast accepted the coveted award.

“Won’t He Do It?  God blessed us REAL Good,” she tweeted.

Her co-star Letitia Wright who plays Princess Shuri in the movie also gave God the glory when the film received top honors at the SAG Awards.

Won’t He Do It? God blessed us REAL Good! #WakandaForever https://t.co/qB3gpcFUgC

“My black panther family,  congratulations! Praises go up to God always,” she tweeted. “Very grateful for the love and support always #sagawards.”

Both Bassett and Wright have publicly shared their Christian faith in the past. For Bassett, that faith has been vital when facing challenges in her career.

My black panther family, congratulations!
Praises go up to God always.
Very grateful for the love and support always #sagawards

All things work together for good, for those who have the Lord and are called according to His purpose,” she previously told The Christian Post, quoting Romans 8:28. “So I have foundations and He is my rock I keep going back to.”

Wright has also looked to God in the midst of trials.

“I was going through a lot, a very difficult time in my life and I just needed to take a break from acting because I really idolized it. So I came off from it and I went on a journey to discover God and my relationship with God and I became a Christian,” Wright previously told U.K. ITV show “This Morning” ” “It really just gave me so much love and light within myself. I felt secure and I felt like I didn’t need validation from anyone else or from getting a part. My happiness wasn’t dependent on that, it was dependent on my relationship with God.”