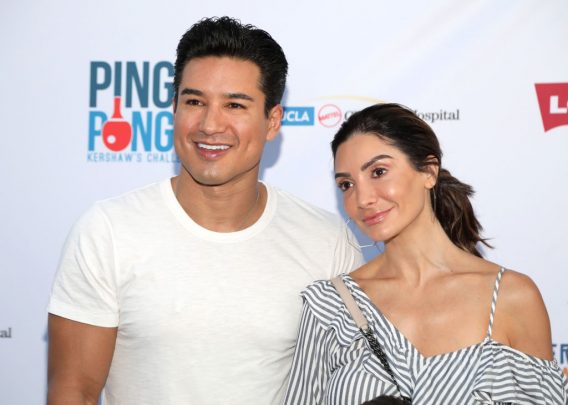 Mario Lopez recently revealed that he is expecting his third child but was willing to accept God’s plan if he remained a father of two.

“If it didn’t happen, it wasn’t meant to be. Not part of God’s plan,” the Extra host said in a PEOPLE report this week. “We have one of each.”

Mario and his wife Courtney have a 5-year-old son and 8-year-old daughter. Now, he says they were recently given a “Christmas miracle” with the news that they are expecting.

For some time, the actor and t.v. host has been vocal about his Catholic faith. Last year, he spoke to podcast host Lucas Miles about how he wished Hollywood would embrace faith a bit more.

“[Faith] is alive in me. It’s not really as prevalent  [in Hollywood] as I think it should be,” Lopez previously told podcast host Lucas Miles. “If you don’t think necessarily the way the left does entirely — they don’t embrace diverse thought, so it’s unfortunate.”

Still, Lopez couldn’t deny the rising popularity of faith-based cinema which he believes will only continue.

“The films that have come with a spiritual aspect,” Lopez said. “They manage to be very successful, so I think little by little, it’s making its impact.”

Last year, Lopez shared his baptismal journey on social media when he was baptized in the Jordan river.

“We are at the Jordan River where John the Baptist baptized Jesus Christ. I’m about to get baptized,” Lopez tweeted. “It’s a beautiful day.”

In true hosting form, Lopez detailed what was happening in a video that he shared with followers.

“There’s a really cool Catholic priest that’s gonna do me the honors. And there’s a sermon going on right now,” he said. “So I’m going to join these fine folks and then, bam! It’s on!”