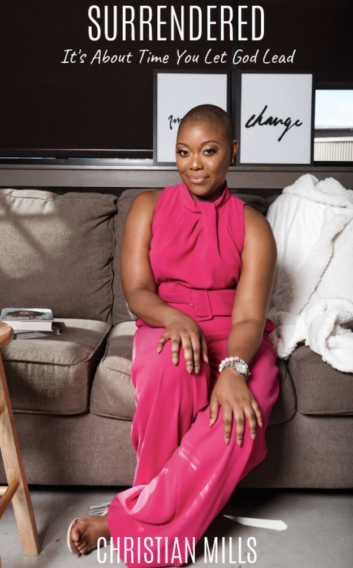 Author Christian Mills recently appeared on “What I Know Now,” a show founded by Sarah Jakes Roberts on the new women’s network Evolve TV, to talk about her new book Surrender: It’s About Time You Let God Lead

In the episode titled “Escaping the Fire (When All Hell Breaks Loose),” Mills shared her personal testimony about the challenges she faced after graduating college.

As an educator, Mills landed her dream job, but it wasn’t quite what she expected.

“I went through so much turmoil and so much mistreatment on that job,” She revealed to the host.

“My roommate that I moved into, left, leaving me with almost nothing because I didn’t bring anything to that apartment,” Mills shared.

As a motivated and hardworking woman of faith, Mills began questioning God because she didn’t understand how He could put her on this journey where she would have to fix everything herself.

But Mills had a revelation that changed her perspective.

“I realized on that journey that I wasn’t supposed to fix it, because I wasn’t in control,” she stated.  “We get so conditioned in trying to fix our situations and trying to do everything in our own power that we don’t realize that God never asked us to do that. He actually told us to come to Him first.”

She began to realize that what she was going through was not meant for her to handle, so she decided to surrender herself to God. 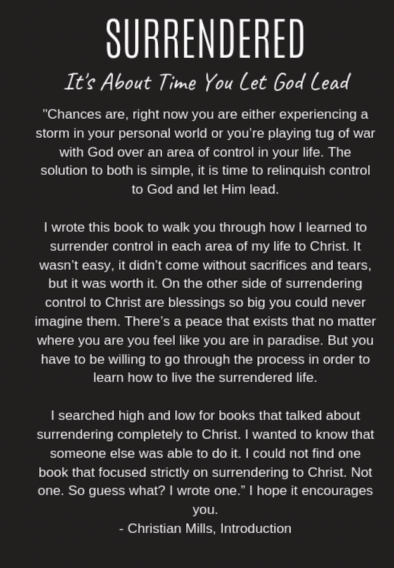 To encourage herself, Mills began relying on the Word of God and initially, things appeared to be going well. However, just as things started to improve, more challenges arose.

Mills admits that she submitted some of herself to God, but not all of herself. It was at her breaking point that she finally decided to give everything to Him.

Now, she encourages those around her by speaking about surrendering.

“Surrender means letting God drive and us getting over to the passenger seat and trusting Him to lead our lives,” she tells her audiences.

Christian’s experiences are the inspiration behind her new book Surrender, which is set for release on June 30th. You can pre-order here.