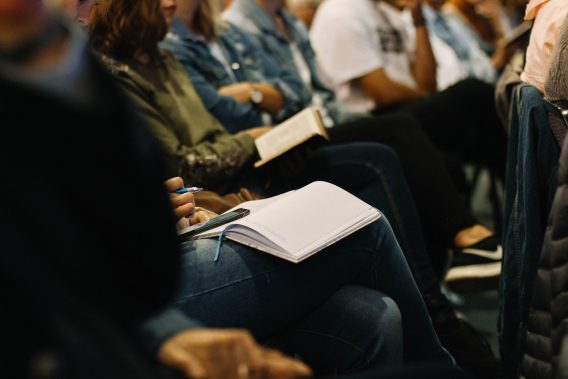 Pastor Andy Stanley is sharing an interesting theory about why some Christians are leaving the faith after rooting their beliefs in the Bible.

The senior pastor of North Point Community Church in Alpharetta, Ga. wrote an opinion piece about the matter for Fox News this week. In the article called “Five Reasons People Leave The Church,” the pastor and author listed things like “They had a bad church experience,” “They believe suffering disproves the existence of God,” “We’re bad at making people feel welcome” and “We made ekklesia (the church) a building.”

However, some may be surprised by the first reason Stanley said people are leaving the church which has to do with what they are being told about the Bible. Stanley says a problem with American Christianity is that the Bible has become the foundation of the religion instead of Jesus Christ.

“‘Jesus loves me, this I know For the Bible tells me so.’ It’s a line that many who grow up in the church know by heart, and it reflects a problem in modern American Christianity: many of us believe that the Bible is the foundation of our religion,” the preacher wrote. “I recently read a blog post by a former worship leader who left the faith after she read a book ‘proving’ contradictions in the Bible. Apparently, she grew up believing the foundation of our faith is a non-contradicting book.”

“It’s not. Jesus is,” said the preacher who also founded the worldwide Christian organization known as North Point Ministries. “When our faith stands on anything other than Christ, we put ourselves (and others) in position to fall.”

Last week, Stanley made some bold statements about the New Testament of the Bible in a Crosswalk report. He echoed similar thoughts about focusing more on Jesus.

“There are many things the New Testament doesn’t directly address. That shouldn’t surprise or concern us. Why,” he questioned. “Because Jesus’ overarching ethic of love intersects with every imaginable scenario. As followers of Christ, we are under His new covenant.”