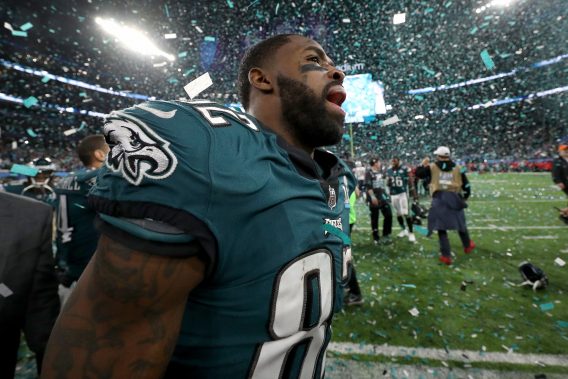 When visiting the largest maximum security prison in the U.S. with a ministry team, Carolina Panthers wide receiver Torrey Smith was forced to confront his faith.

The 30-year-old wideout wrote a piece for The Undefeated where he opened up about a trip to Louisiana State Penitentiary, also known as Angola. While there with other people who were passionate about prison ministry, Torrey witnessed hard working men who lived in peace with one another.

He saw the power of forgiveness and redemption which led him to reflect on his own walk through faith.

“Overall, spending time with the people at Angola led me to question my own views of forgiveness. As a follower of Christ, I believe that we are forgiven,” the NFL player wrote. “But I had to ask myself, ‘Am I really forgiving others? If my forgiveness is conditional, is it real?’”

He admitted that there were times he has not given people grace.

“I’ve spent many years holding grudges against people who’ve wronged me in some way, and I imagined the grace summoned by victims of crime when they forgive those who have harmed them,” he said. “I seek the peace and freedom that the forgiven men feel.”

The athlete revealed how he was able to witness the power of Christ on his visit.

“Many of the men at Angola had already found peace through Christ, which allowed them to feel forgiven. As I prayed with them at the end of our visit, worshipping alongside men who had committed violent crimes and were now paying their debt to society, I witnessed the power of real forgiveness,” he wrote. “It was a lesson that I carried with me when I left, and it is a lesson that I will share with the hope that others can accept and give forgiveness too.”