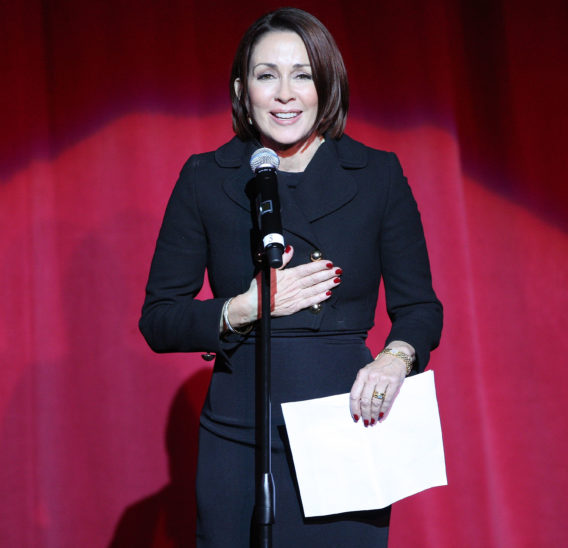 Patricia Heaton is best known for her roles on “Everybody Loves Raymond” and “The Middle.” Now, she has a new show coming to CBS this fall called “Carol’s Second Act.”

Not only is she a superb actress, active mom, and involved in charity work, she is also an advocate for Christ!

Her love of Jesus is no secret. All it takes is one visit to her Twitter to see her talking about different faith-based topics like her Sunday service.

“Our parish’s #CorpusChristi procession around the block, past the gas station and fast food places and rental apartments – just the kind of places Jesus would be. #losangeles #sunday #SundayMass,” she tweeted a few weeks ago while posting a video of Sunday mass.

Our parish’s #CorpusChristi procession around the block, past the gas station and fast food places and rental apartments – just the kind of places Jesus would be. #losangeles #sunday #SundayMass https://t.co/rZkr7to9CJ

“Seminarians need to be taught whatever method produced @timkellernyc,” she wrote in one tweet. In another tweet in that thread, she continued with her admiration of Keller, “. @timkellernyc sermons should be required listening for all seminarians – and anyone can find them on you tube or podcasts.”

. @timkellernyc sermons should be required listening for all seminarians – and anyone can find them on you tube or podcasts.

Now, this devoted Christian is playing a 50-year-old retired teacher who has finished raising her children, faced a divorce, and decides to pursue her dream of becoming a doctor.

The show is one of only eight that CBS has picked for its new fall line up. It is produced by “Trophy Wife” creators Emily Halpern and Sarah Haskins, Aaron Kaplan’s Kapital Entertainment, Heaton and David Hunt’s FourBoys Entertainment and CBS TV Studios.

The show also just landed Ashley Tisdale who some may remember as “Maddie” from the Disney Channel series “The Suite Life of Zack & Cody.” According to Deadline.com, Tisdale will play Jenny, Carol’s (Heaton) big-hearted daughter.

She is a pharmaceutical rep that covers Carol’s hospital. Jenny loves and is supportive of her mom. Her bubbly, outgoing personality and carefree spirit is a buoyant counterpoint to Carol’s neurotic medical colleagues.

As far as we can read, it seems like Doogie Howser in reverse. In case you don’t remember or are too young to get the pop culture reference, Doogie Howser MD was a show about a teenage genius doctor in his residency.