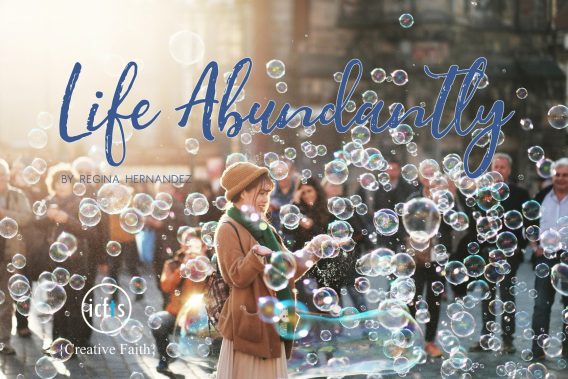 “The enemy comes to steal, kill, and destroy, but I have come so that they may have life and life more abundantly.” ~JOHN 10:10

After an unexpected surgery in December, I found myself in this really weird place. I was lacking motivation. Simple tasks felt impossible. I wasn’t feeling social at all, which is a bit uncharacteristic for me…and the worst was, despite life being in a pretty good place, I was carrying this overwhelming sense of sadness with me.

Come to find out, post-op depression is a thing, and I was struggling. Once I identified what was going on, I decided to find a way to press into the Lord. I wanted to seek Him out in the midst of the struggle instead of embracing the depression and just trying to trudge through until it was over.

As I spent time with Him, I started just writing out some of what was on my mind and what I wanted help to overcome. I wrote about how I felt like I was lacking motivation and joy. It felt like it was stolen.

When I saw it written out, it made me think of “The enemy comes to steal, kill, and destroy.” I love this bible verse. I used to think of it when facing difficult times because it’s such a great reminder that we have a very real adversary that is working to take us down in any way he can.

It was just this moment of “Oh yeah, the bible talks about this.” Then one day I actually looked it up to read the passage in context, and to my surprise, this phrase was not the bible verse in its entirety.

John 10:10, “The thief only comes to steal, kill, and destroy; I come that they may have life and have it abundantly.”

Wait…what!? There is an entire SECOND HALF to this bible verse, and it’s arguably the most important part of this bible verse. Why are people not saying this when they talk about the enemy? What Jesus did in this bible verse is SO much more than what the enemy is doing. It’s the HOPE we need to combat the attacks of the enemy.

But misery loves company, and it would seem everyone just wants to play Eeyore and remind others that “Yeah…we have an enemy who does that.” *womp*womp* “Woe is me…and us.”

Come on, friends!!! We need the HOPE in this message to ALSO remind us that there is already victory over these attacks from the enemy.

So I’m in this moment of writing down my struggles and have pinpointed this idea that my motivation and joy have been stolen when the Lord brings this verse to mind, and it sparks this excitement. He has come to bring me life ABUNDANTLY!!! What does that look like in this scenario? How will He bring me life in the midst of depression?

I decided to look up the bible verse and dig in a little more, and *PHEW*…Y’ALL – the depth of Jesus’s words here are so rich and life-changing. Life. Changing. Buckle your seat belts, because here we go…

The word “abundantly” in this text is the Greek word is περισσὸν (perisson). This word means superior, superabundant, or excessive, but here is where it gets to be really awesome. Perisson is only used five times in the New Testament. Of those five times, this is the only bible verse where it is used as an adverb rather than an adjective, and when this word is used as an adverb it means: violently.

Think about that for the moment… Jesus in superior fashion is excessively and VIOLENTLY bringing you life in response to a thief trying to attack you!!! Violent. He is literally fighting this battle for you.

His response to an enemy that comes to bring thievery, death, and destruction to anyone in His kingdom is to VIOLENTLY meet him in the midst of his attacks so that you may have life.

Do you see? He is the victor always, and because you are heir to His throne, He is fighting for you.

So next time you find yourself in a moment or a season where you are feeling the effects of thievery, death, or destruction in your life and your mind wants to remember “Oh yeah, we have an enemy who does that,” also remember that our King has already met those moments with a violent battle so that you may have life!

Instead of embracing the depression or an assault from the enemy, embrace this truth from Jesus and move forward with hope and joy that you get to share in His victories!!!

–Regina Hernandez is an author, blogger, and contributor to Ambo TV.  This article originally appeared on the website www.icameforthesoup.com.